Next round of Yemen talks could be in Amman: Rebels 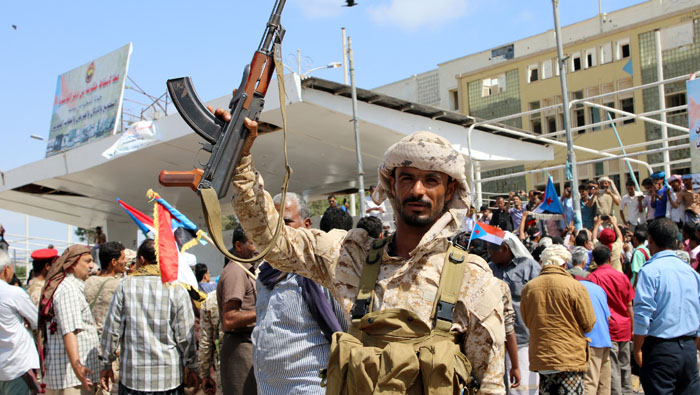 Sanaa: A second round of negotiations between Yemen's government and Houthi rebels could be hosted "soon" in Jordanian capital Amman, a rebel leader said Sunday after meeting the UN envoy.
Talks on Yemen's failed economy "could take place soon in Amman or by video conference, which I discussed with the UN envoy", Mohammed Ali Al Huthi, head of the rebel Higher Revolutionary Committee, told AFP in Sanaa.
One month after hard-won peace talks on the Yemen conflict, the United Nations faces an uphill battle as it pushes to ensure the warring parties make good on a shaky truce deal.
UN envoy Martin Griffiths, who brokered the breakthrough last month in Sweden, returned to Yemen on Saturday with a plan to expedite measures agreed between the government and Houthi rebels.
Key among them is the redeployment of rival forces from Hodeida, the Red Sea port city crucial for aid and food imports.
Griffiths, scheduled to see Yemeni government officials in Saudi capital Riyadh after meeting the rebels, hopes to bring the warring sides together later this month to follow up on progress made at December's talks.
The UN envoy held talks Sunday with Huthi chief Abdelmalik Al Huthi, spokesman Mohammed Abdelsalam said in a statement carried by rebel Al-Masira TV.
He said that the two addressed "preparations for the upcoming round of talks".Rebel-held Hodeida was for months the main front line in the Yemen war after government forces supported by Saudi Arabia and its allies launched an offensive to capture it in June.
But a precarious calm has held in the city since a ceasefire agreement came into force on December 18.
Under the deal, both the rebels and pro-government forces should withdraw from the area.
UN spokesman Farhan Haq on Thursday confirmed the cessation of hostilities continued to hold in Hodeida, despite mutual accusations of violations by the rebels and Saudi-backed government.
But there has not yet been progress on the redeployment of loyalist and rebel forces from Hodeida city.
The UN Security Council is expected to hear a report from Griffiths next week, although no date has been set.
The war between the Houthis and troops loyal to the internationally-recognised government escalated in March 2015, when President Abedrabbo Mansour Hadi fled into Saudi exile and the Saudi-led coalition intervened.
The conflict has unleashed the world's worst humanitarian crisis, according to the UN, which says 14 million Yemenis are on the brink of famine.