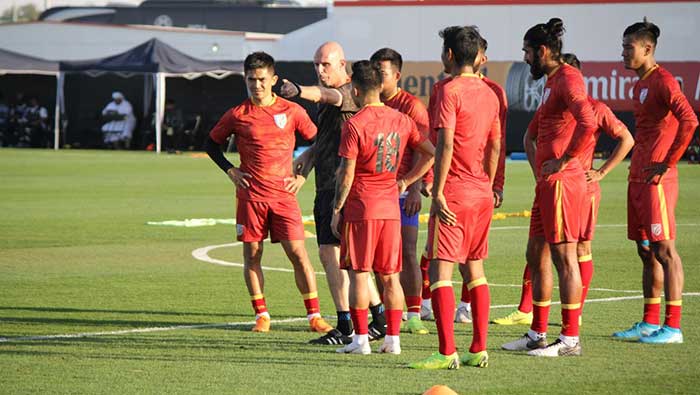 Muscat: India will begin their campaign in this year's Asian Cup playing against Thailand at 5:30 PM Gulf Standard Time on Sunday.
The Blue Tigers, who played two years of qualifying rounds to reach the competition, will face the War Elephants in a Group A clash at the Al Nahyan Sports Stadium in Abu Dhabi.
Thailand is expected to put India's defence to the test, with Muangthang United's Adisak Kraisorn in top form, having ended the recently held AFF Championship as its top scorer. The War Elephants scored 17 goals from their six matches in the tournament.
India will look to Bengaluru F.C. striker Sunil Chhetri for goals, while his club teammate Sandesh Jhingan will lead their backline.
India's manager, Stephen Constan, said, "We are the second youngest team in the Asian Cup and this is the youngest team in the history of Indian Football. The future is bright and we will try to make it out of the group stages.
"Thailand are a very technical team and they have got a number of good players. We have seen Thailand and we believe we are ready for them. There are no easy games for us and we are taking one game at a time."