France's 'yellow vest' protestors back on the streets 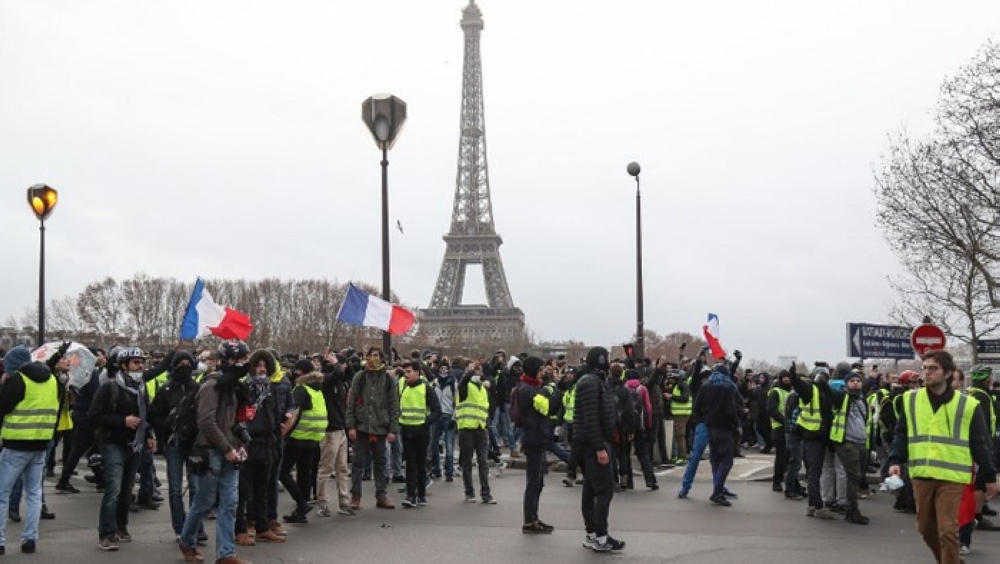 Paris: France's "yellow vest" protestors were back on the streets again Saturday as a government spokesman denounced those still protesting as hard-liners who wanted only to bring down the government.
Several hundred protestors gathered on the Champs Elysees in central Paris, where around 15 police wagons were also deployed, an AFP journalist said.
Marches were underway in several other cities across France.
On Friday, government spokesman Benjamin Griveaux denounced those still protesting as "agitators who want insurrection and, basically, to overthrow the government".This is the eighth Saturday of protests called by the grass-roots movement.
The numbers turning out have fallen steadily since the start of the demonstrations in November.
But the arrest on Wednesday of Eric Drouet, one the movement's spokesman, sparked anger among his supporters.
Paris police picked up Drouet, who already faces trial for carrying a weapon at a previous demonstration, and detained him for around 10 hours.
In Paris, organisers called for a march from the City Hall to the National Assembly (parliament) building, and a rally on the Champs Elysees, the scene of violent clashes at previous demonstrations.
The latest opinion poll, published on Thursday by Odoxa Dentsu, indicated 55 per cent public support for the "yellow vest" protests.
The government has deployed police around France to deal with the protests, backed up by specialist response units, sources told AFP.
The "yellow vest" demonstrations -- named after the high-visibility jackets worn by the protesters -- began in rural France in November over increased fuel taxes.
It ballooned into a wider revolt against President Emmanuel Macron's pro-market policies and governing style.
Macron initially refused to make any concessions, but in mid-December, after weeks of violence, he scrapped the planned fuel tax rises and promised extra cash for minimum wage earners and tax cuts for pensioners.
The protests have caused the biggest political crisis of his 20-month presidency.