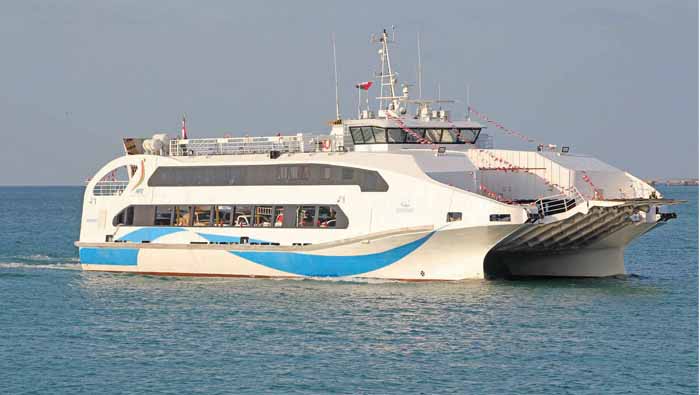 Muscat: The National Ferries Company (NFC) has registered a rise in the number of passengers ferried in 2018 over the figures for the previous years, according to the latest data released by the company.
The recent statistical bulletin of National Ferries Company (NFC) shows that the company carried 243,069 passengers onboard its vessels in 2018 compared to 240,700 in 2017, achieving an occupancy rate of 59 per cent and a growth of 1 per cent.
The statistics also showed that 61,244 vehicles were carried by NFC during the same period compared to 62,014 in 2017, registering an occupancy rate of 52 per cent and a decline by 1 per cent. The cargo traffic during 2018 stood at 13,184 tonnes.
The statistics indicated that the index of departures for the outbound services (the Punctuality Index) was 96 per cent and the service reliability index was also 96 per cent.
As part of the NFC operations strategy through the arrangement and integrations of journeys, this has contributed to the scheduling of journeys according to the needs and demand during 2018, allowing the number of passengers to increase although the decline in the number of journeys by 9 per cent to reach 3,348 journeys compared to 3,794 in 2017.