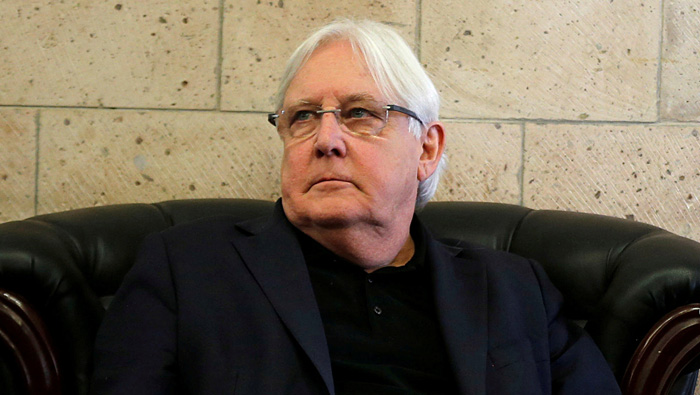 Sanaa: The UN envoy for Yemen arrived in the capital Sanaa on Saturday for talks to shore up a ceasefire in the country’s lifeline port city of Hodeida, an AFP photographer said.
Martin Griffiths is scheduled to hold talks in Sanaa with Houthi rebel leaders before visiting Saudi capital Riyadh to meet Yemeni government officials.
While in Sanaa he will also meet retired Dutch general Patrick Cammaert, who has been appointed by the UN to head a truce monitoring team.
Houthi sources said Griffiths would visit Hodeida city on Sunday. The Red Sea port is the entry point for the majority of imports to Yemen, where more than 22 million people now depend on humanitarian aid to survive.
The UN envoy made no remarks on arrival, but he met five children with chronic diseases who were waiting in ambulances to call for the lifting of the years-old blockade on Sanaa airport.
Houthi rebels say the airport blockade has prevented thousands of Yemeni patients from travelling abroad for treatment.
Hundreds of Houthi supporters staged a street protest in Hodeida on Friday to urge the United Nations to implement the truce accord. Griffiths, who played a key role in mediating the December deal, will push warring sides to implement the agreement, officials said. Under the deal, both the handover of Hodeida port and the redeployment of troops should have been completed within 14 days of the truce taking effect on December 18.
Deadline
That deadline has already lapsed, but a member of the government’s truce monitoring team said there is no agreement yet on who should be responsible for the port.
The truce deal states that the port should be handed over to “the local authorities in accordance with Yemen law,” said the official who requested anonymity.
Houthis insist that this refers to the officials currently running the port, who are their allies.
The government says the port should be handed over to officials who ran the facility before the Houthis captured Hodeida in late 2014, the official said. There are also differences over the redeployment of forces, he said.
Griffiths’ visit comes as the ceasefire in Hodeida is generally holding, although there have been intermittent clashes, with each side blaming the other.
Yemen’s government has written to the UN Security Council, accusing rebels of failing to comply with the ceasefire.
The rebels have accused the Saudi-led coalition of carrying out low-altitude flights over the city.
The United Nations is hoping to bring the warring sides together later this month, possibly in Kuwait, to follow up on progress made at December’s talks in Stockholm, diplomats have said.
The UN Security Council is expected to hear a report from Griffiths next week, although no date has been set.
The war between the Houthis and troops loyal to the internationally-recognised government escalated in March 2015, when President Abedrabbo Mansour Hadi fled into Saudi exile and the Saudi-led coalition intervened.
The conflict has unleashed the world’s worst humanitarian crisis, according to the UN which says 14 million Yemenis are on the brink of famine. 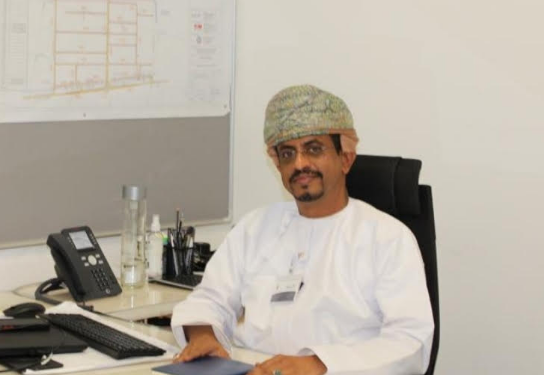 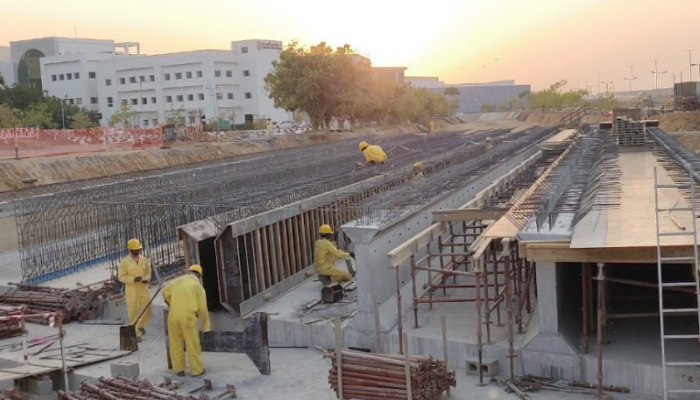