NASA makes history, flies over ‘most distant object ever explored’ 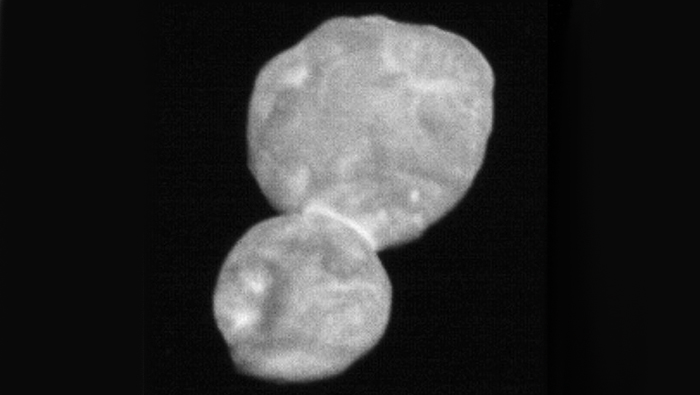 Muscat: American space agency NASA made history by flying over the most distant object — Ultima Thule — ever explored.
NASA's New Horizons mission flew by the object, which has been dubbed 'Ultima Thule' and is located over 1.6 billion kilometres from Earth.
In a post accompanied by a picture of the object, NASA said, "Meet Ultima Thule! What you’re seeing is the 1st contact binary ever explored by a spacecraft. This object, which we can now see is a contact binary, used to be 2 separate objects that are now bound together.
"It likely formed over time as a rotating cloud of small, icy bodies started to combine. Eventually, 2 larger bodies remained & slowly spiraled closer until they touched, forming the bi-lobed object we see today.
“After flying by the most distant object ever explored, NASA New Horizons beamed back the 1st pictures & science data from Ultima Thule. This data is helping us understand how planets form — both those in our own solar system & those orbiting other stars,” the statement read.
Thomas Zurbuchen, Associate Administrator for NASA's Science Mission Directorate, added, "These pictures are the essence of exploration. It all starts with a question. Questions that have turned mystery into exploration and knowledge."