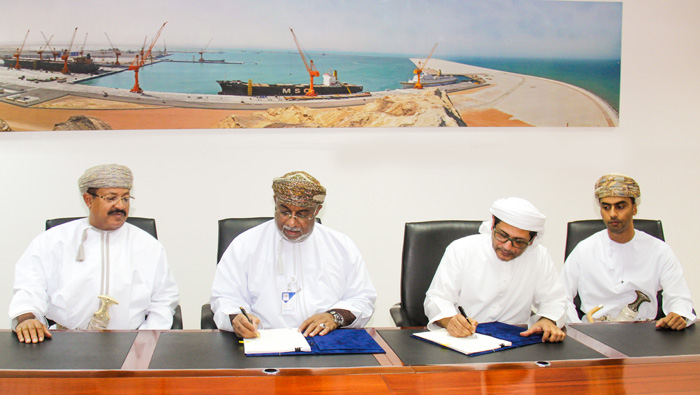 Muscat: The Special Economic Zone Authority in Duqm (Sezad) on Wednesday signed an agreement with Dhofar Fisheries and Food Industries Company over a land lease pact for the construction of a factory for fish packaging and canning, and the production of fish oil worth OMR10 million.
The agreement was signed on behalf of Sezad by Yahya bin Said Al Jabri, Chairman of the Board of Directors, and Mahdy Mohamed Hassan Hosny, Chairman of the Board of Directors of Dhofar Fisheries and Food Industries Company.
Pursuant to the said agreement, Sezad allocated a plot of land with a total area of around 41 square metres at the Fishery Industries Zone in Duqm for this project.
The OMR10 million project comes as part of the efforts exerted by the authority to attract specific businesses and high quality projects that provide additional resources and advantages to the Special Economic Zone in Duqm (SEZD) and contribute to better utilisation of the fishery resources abundantly available in Duqm.
Furthermore, the project comes as part of the Technical Cooperation Programme concluded between the authority and the Oman Food Investment Holding Company Co (OFIC) in an endeavour to develop a general strategy to promote the fishery industries zone in Duqm.
The project will accommodate all types of fish and will have a total annual production capacity of around 30,000 tonnes. It is anticipated to produce around 2 million cartons of sardines with a total marketing value of some OMR11 million, and some 500,000 cartons of tuna on a yearly basis with a marketing value of around OMR7 million.
The project is also expected to produce about 5,000 tonnes of crushed fish with a total value of OMR2.2 million and 2,200 tonnes of fish oil with a total value of OMR1.1 million per annum.
It is envisaged that this project will come on stream in the second quarter of 2020, creating around 150 job opportunities.