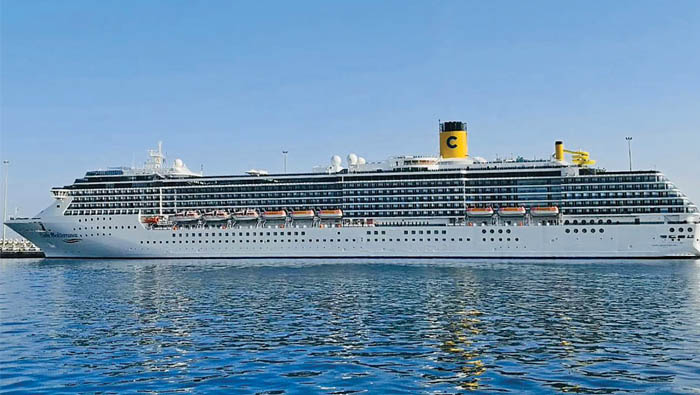 Muscat: Nearly 100,000 tourists arrived at the Sultan Qaboos Port during the last four months of 2018.
According to Marafi, the port operating and management company, more than 50 ships docked at Sultan Qaboos Port from September to December.
As we enter the halfway point of the tourist season 2018-2019, which began in October 2018, Sultan Qaboos Port has witnessed the arrival of approximately 98,432 tourists.
Some of the cruise ships include the Horizon, Costa Mediterranea, Aegean Odyssey, AIDAprima, MSC Splenda, Msc Lirica and Mein Schiff 4.
In November, Marafi was involved in a two-day turnaround operation, which involved facilitating the landing and travel of 900 tourists from the UK.
All the main tourism authorities worked together to ensure the smooth process. Marafi worked with the Ministry of Tourism, the Royal Oman Police, Muscat Airport and the shipping agent.
According to the port operation and managing company, they expect to receive “147 ships this season”.