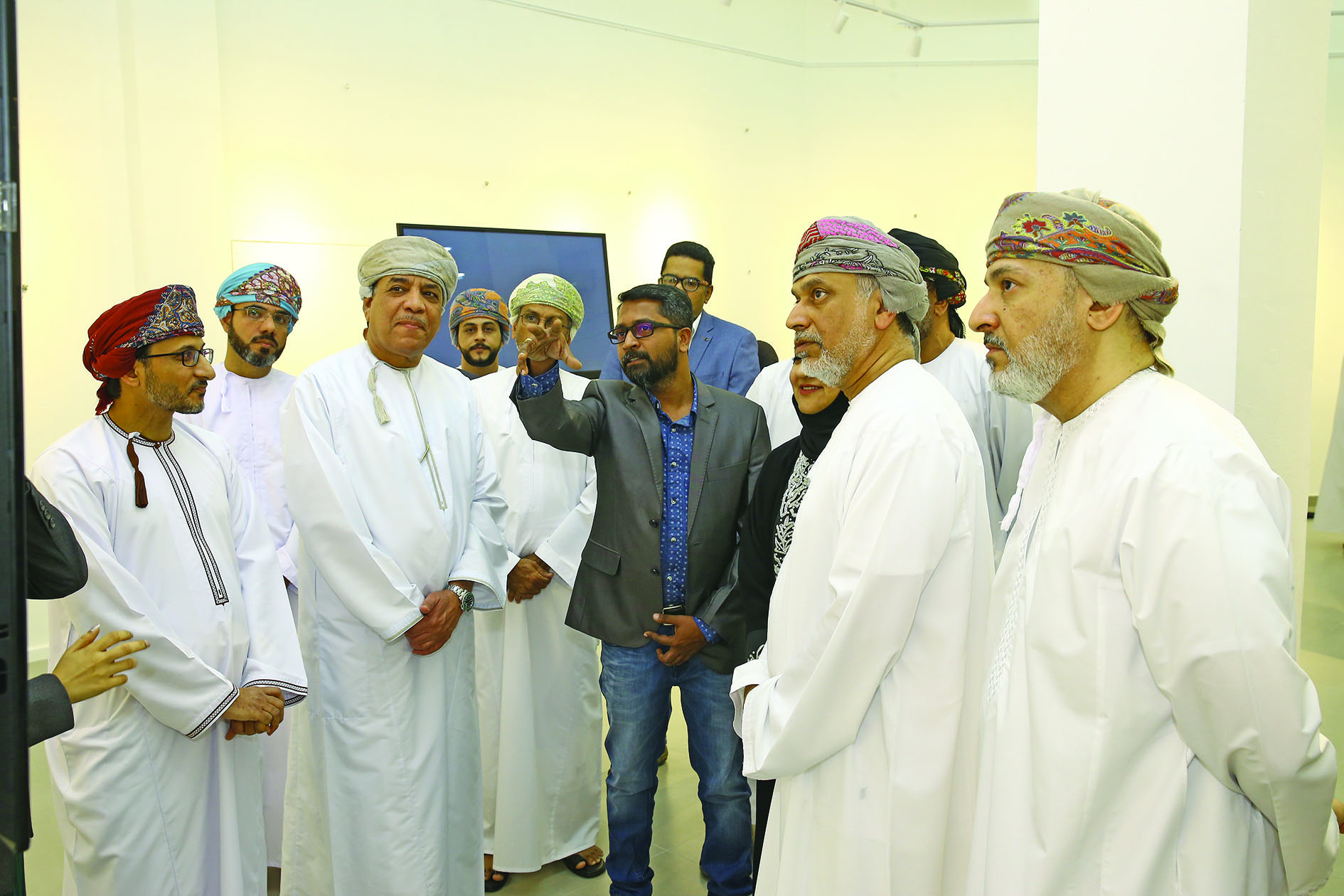 Muscat: The first-of-its-kind event was held at the Omani Society for Fine arts on Monday where the digital designs from some of the outstanding employees of the Muscat Media Group (MMG), who won international accolades, were on display.
Ali bin Khalfan Al Jabri, Undersecretary of the Ministry of Information, presided over the opening of the digital exhibition for press designs organised by the Group.
“We are pleased with the inauguration of this exhibition which stands as a testimony to the achievements of the Muscat Media Group made through its publications and creativity of employees of this reputed press institution in the Sultanate. We are also proud of the various awards secured by a group of Omani youths, which go hand-in-hand with the earlier achievements of this institution,” Al Jabri said.
He continued saying “I am proud of such artworks, which keep abreast of the changes from the traditional forms of press to the modern forms opening new doors, and provide access to information through new and innovative methods.
Al Jabri added that there have been major changes at the international level and that we have to be well prepared for the upcoming stage and find new methods to reach the readers and the audience.
“Muscat Media Group has managed to cope up with the developments to take a new leap. The designs on the first pages of the publications are attractive and invite the reader to read the contents of the publication,” the Undersecretary said.
Earlier, Al Jabri was received at the venue by MMG Chairman and Editor-in-Chief Mohamed Issa Al Zadjali and Chief Executive Officer (CEO) Ahmed Essa Al Zedjali.
The CEO said that the Group has worked for the past years on introduction of the concept of innovation in media to cope up with the global revolution witnessed in the field.
“The MMG has witnessed tremendous growth since 1974 till now with the introduction of the concept of press design through the Group’s daily and weekly papers and publications.”
He also reaffirmed that with the assistance of renowned design experts, worldwide, the MMG has worked on training and further qualifying the national cadre in the field of press design.
The trained national cadre proved their competence in formulating and further cementing the new concept of Omani media, he added, pointing to the fact that MMG is proud of such talents who have competed with their counterparts in reputed international press institutions and managed to excel and introduce innovative and creative art works.
Moreover, at the event, a number of employees from the Group were honoured for claiming numerous silver and excellence awards at the International SND Awards.