Bollywood actors to play in celebrity cricket match in Oman 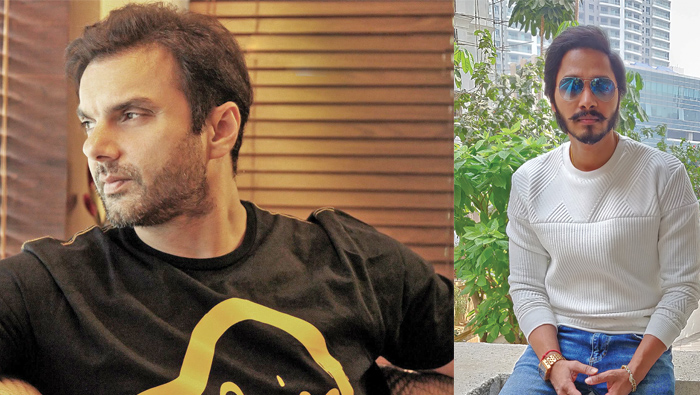 Muscat: Bollywood film stars such as Sohail Khan, Saqib Saleem and Shreyas Talpade, along with Omani celebrities will be padding up to play in the “Oman Celebrity Cricket League” match in the Sultanate on December 28 at the Sultan Qaboos Sports Complex in Bausher.
The Indian film actors-led team will play against the Omani celebrities’ team in the T20 cricket format .
Talking about the match, Khan said, “It’s great to be playing cricket in a beautiful country such as Oman. I am sure all the players and spectators are looking forward to the match with great enthusiasm.”
Saleem said, “I am delighted to be coming to this incredible tourist destination. It feels great to play in a match that supports a worthy cause.”
The “Oman Celebrity Cricket League” match is being organised to promote Oman as a diverse and hospitable country, which is an ideal destination to organise sporting events. This event also aims to bring the vibrant Indian film industry closer to Oman and will showcase Oman’s fabulous locales as an attractive destination for Indian and Hollywood filmmakers.
The match will also promote the Hindi-Arabic-English sports-themed movie titled “Papa Kehte Hain Bada Naam Karega - A Journey to the World Cup” to be shot partly in Oman and scheduled to hit global screens very soon.
Support to social cause
A spokesperson added that a part of the proceeds from the Oman Celebrity Cricket League Match will go to a social cause in Oman.
Well-known names from Bollywood – Deepak Tijori, Harshvardhan Deo and Rahul Mittra—were in Muscat in February to capture the first shot of “Papa Kehte Hain Bada Naam Karega - A Journey to the World Cup”, filmed in Oman and India.
The first shot, commonly known as the “Muhurat Shot”, was filmed at the Muscat Festival venue at Amerat.
Golden Arrow Productions (A division of Abaan International LLC) is producing the film.
The producers appreciated the immense support they received from the Omani authorities while developing this project.
The scenes captured at the Muscat Festival were developed into a song showcasing the entire festival and are expected to be a treat for the eyes of the audience.
Many films and songs have been shot in the exotic locales of Oman. Oman’s government authorities have been promoting the Sultanate as a perfect destination to shoot movies.