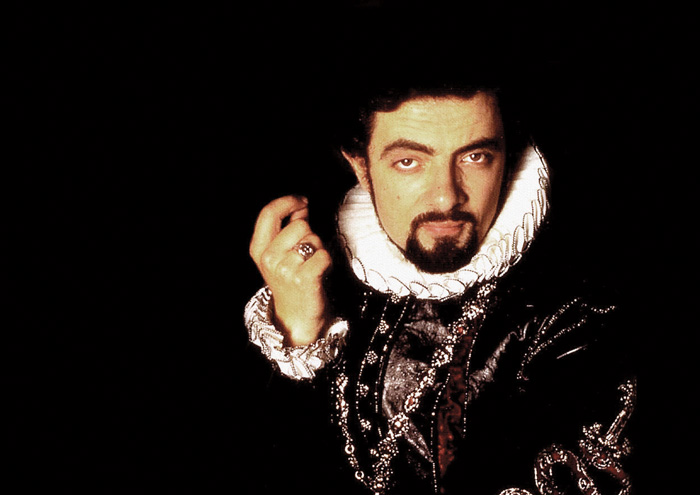 What do you get when Britain’s brightest writers team up with some of the country’s greatest actors? You get a show that is one of the best, funniest and wittiest pieces of television work ever written. A show that is as relevant with audiences today as it was when it first hit TV screens, and a show that continues to be in great demand by people of all ages across the world.
The product of comedy writers Richard Curtis and Ben Elton, and featuring some of the smartest, most intelligent actors of the country, including Rowan Atkinson, Hugh Laurie, Stephen Fry, Tim McInnerny and Tony Robinson, Blackadder II is among the best comedy shows produced, period.
Blackadder II was first released by the BBC in the UK in 1986, and continues to be as fresh now as it was back then, pointing to some great writing and acting. Set during the Elizabethan era from 1558 to 1603, this particular series follows Lord Blackadder, one of the queen’s favourites, who is always trying to increase his social standing so that he may live a life of greater wealth and luxury.
Played by Rowan Atkinson – the man behind the Mr Bean fame – Lord Blackadder is cunning, crafty, cynical and devious man whose schemes to win Queenies’ favour are often derailed by his two dim-witted sidekicks. The inept, extremely dense Baldrick (played by Tony Robinson), often labelled as the stupidest man alive in the history of the world, and his slightly less inept fellow aristocrat, Lord Percy Percy, heir to the Duchy of Northumbria (portrayed by Tim McInnerny) are two of the greatest sources of inept comedy in the series.
The Blackadder series is known for its extremely sarcastic sense of humour, and there is plenty of that littered across the second series. Take, for example, a conversation where Blackadder is attempting to teach Baldrick mathematics.
“Right Baldrick, let’s try again, shall we? This is called adding,” says Edmund, as he gestures to the beans on the table. “If I have two beans, and then I add two more, what do I have?” to which Baldrick replies, “Some beans.”
Blackadder, smiling in a rather exasperated manner, tries again: “yes...and no. Let’s try again, shall we? I have two beans, then I add two more beans. What does that make?” Baldrick’s reply: A very small casserole,” to which Blackadder replies in typically deadpan fashion: “Baldrick, The ape-creatures of the Indus have mastered this.”
But Baldrick is only one of the idiotic characters that the extremely suave Blackadder has to put up with. Queen Elizabeth, played by Miranda Richardson, does have an attraction towards him, but it does not help that she has the mentality of a five-year-old, which of course she can get away with: Queenie’s favourite response to those who disagree with her consist of two rather short words: “Who’s Queen?”
The best example of this would be a story the queen is being told by her Lord Chamberlain Melchett, who is played by the legendary Stephen Fry. It goes something like this: “Grey, I suspect Majesty,” says Melchett, to which the queen replies, “I think you’ll find it was orange Lord Melchett.” “Grey is more usual mam,” he responds, only for Queenie to say, “Who’s queen?” to which Melchett has no option but to reply, “As you say Majesty, there were these magnificent orange elephants which were coming.”
But that is only the surface of Queenie’s childish malice. One episode sees Blackadder about to get married, and when he asks for the queen’s blessing, she has but one simple request: “Just tell me one thing. Is her nose as pretty as mine?” with Blackadder responding in the negative, to which she says, “h good, because otherwise I would have cut it off. And then you would have to marry someone without a nose and that wouldn’t be very nice, would it? Imagine the mess when she’s got a cold! Yuck!”
It is into this odd world of whimsy and weirdness, that provides an amazing window into the manner in which inept aristocrats ruled over the peasantry that Blackadder seems to showcase in a brilliantly funny manner, and for that reason and so many more, this series is a classic that is simply worth watching.
– [email protected]

The Short and Skinny
Name: Blackadder II
Genre: Comedy
Produced by: BBC
Number of episodes: 6
Runtime: 30 minutes per episode
What’s it about: From this hilarious take on Elizabethan England comes one of the finest, funniest shows to ever hit TV screens. It may have been made over 20 years ago, but Blackadder is by far among the finest TV shows you will ever watch
Where to watch: Netflix, YouTube (official BBC channel), BBC iPlayer, Amazon, iTunes, various
streaming sites
IMDB Rating: 8.6/10