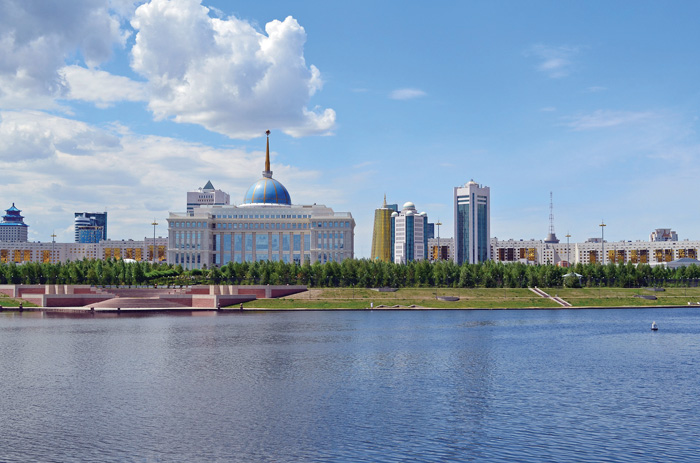 Possessing heritage and historic sites that date back millennia, Central Asia has seemingly always been synonymous with the Silk Road, a legendary trade route that connected East and West. But in recent years, the region has earned a new claim to fame: Astana, a sprawling metropolis emerging in Kazakhstan’s northern steppe.
**media[979955]**
A one-of-a-kind city, where motifs of the ancient past merge with an ambitious future, Kazakhstan’s young capital is gaining attraction for far more than the gleaming towers that dot its skyline. That is because Astana is a city where the creative impulses of architects like Norman Foster and Kurosawa Kisho have been unleashed — transforming a once quiet part of the former USSR into the thriving hub it is today.
**media[979956]**
Founded in 1824 as an outpost by Russian Imperial forces, its population rose steadily thanks to its position along trade routes linking the rest of Central Asia to Siberia. Fast forward to 1994, three years after Kazakhstan gained independence and multiple name changes for the erstwhile city, when Astana was officially declared the nation’s future capital, a process completed in 1997.
That history is apparent wherever you look in Astana, etched in the city’s most recognisable monuments.
Take the Baiterek tower for example: a Foster designed masterpiece completed in 2002. Built to resemble a tree holding a golden egg, no other monument in the city sums up the Astana’s futuristic ambition quite like it. From within the egg itself, visitors can catch a perfect glimpse of the city’s skyline and another major attraction: the Presidential Palace. All of this would have been unimaginable when the city was founded nearly 200 years ago.
**media[979957]**
Soaring 150 metres high, the Khan Shatyr Entertainment Center is another landmark that instantly catches the eye. A transparent tent recognised as the largest of its kind in the world, Khan Shatyr pays tribute to both neo-futurism and the ancient dwellings of steppe nomads. Filled with restaurants, cinemas, and a park, it is under the tent’s dome that its most impressive feature awaits. There, a tropical beach paradise with its own microclimate and sand imported from the Maldives brings the spirit of the Indian Ocean to the heart of Central Asia.
With its glass facades and futuristic design yet ancient inspiration, its no wonder Astana is attracting visitors from around the world to Kazakhstan, reviving a role it once played during the great days of the old Silk Road.
—[email protected]