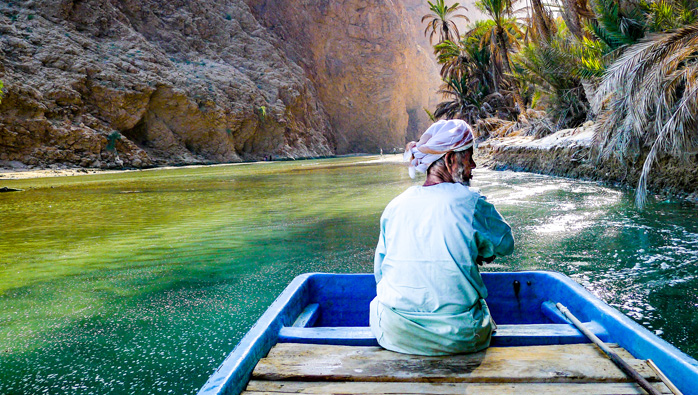 Muscat: A total of 500,000 jobs in the tourism sector and 300,000 in the logistics sector could be available by 2040, officials said.
Speaking at the National Programme for Enhancing Economic Diversification (Tanfeedh) press conference, officials outlined the overall goal of sectors which included, mining, energy, tourism, employment and logistic services.
Mohammed Al Zadjali, head of investment services at the Ministry of Tourism, said that the Ministry is planning on increasing the number of jobs in the sector, in addition to increasing the value of investment to OMR19 billion.
Al Zadjali said, “The goals of the tourism sector include creating 500,000 jobs by 2040, and increasing the value of investment to OMR19 billion. The ministry also plans to increase the number of international tourists to 2.7 million by 2020.”
“Part of the National Strategic Plan for tourism also involves increasing the contribution of tourism to the GDP from 6 per cent to 10 per cent,” added Al Zadjali.
Meanwhile, Nabil Al Bimani, Group Chief Ports and Free Zones Officer, said: “We predict that by 2040, the logistics sector could provide job opportunities for 300,000 people.”
“Currently, Oman is ranked 43rd in the global logistics sector index but by 2040 we expect it to be ranked 10,” added Al Bimani.
Talking about the meeting, Dr Khamis Al Jabri, chairman of the implementation and Follow-up Support Unit (Tanfeedh), said, “Today, we will be presenting to you the outcomes and stages of all the projects since the launch of Tanfeedh two years ago.”
**media[979380]**
With regard to the developments in the energy sector, it was revealed that a first-of-its-kind solar project would be launched in 2023.
The Ibri solar project is considered the first renewable energy project in the Sultanate that uses solar cell technology. The project is estimated to produce 500 megawatts, which is equivalent to providing 33 thousand homes with electric energy.
In the next five years, the energy sector will see a significant shift towards renewable and sustainable energy.
Beginning with the commercial operation of the Dhofar wind power project next year, starting from 2020 to 2023, four other solar projects will be launched in Amin, Ibri, Manah, and Adam. This is in addition to two wind power projects in Duqum and Sur and another project to produce electric power from waste.
Looking at the goals of the fisheries sector, Eng Yaqoob Al Busaidi, Director General of marketing and fishery investment, said, “Oman’s production of fish accounts for 31 per cent of all fish produced in the GCC.”