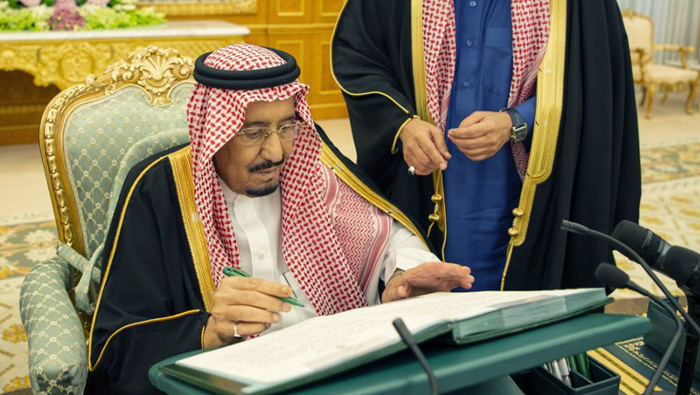 Riyadh: Saudi Arabia on Tuesday announced an expansionary budget for 2019 but projected a shortfall for the sixth year in a row due to low oil prices.
The budget projects a deficit of $35 billion, still about 32 per cent lower than the estimated deficit for the current calendar year.
Spending is estimated at $295 billion, the largest in the oil-rich kingdom's history, while revenues, mostly from oil, are estimated at $260 billion, said a statement read by the Custodian of the Two Holy Mosques King Salman bin Abdulaziz Al Saud.
Saudi Arabia, which has introduced economic reforms aimed at reducing its dependence on oil, has posted budget shortfalls since 2014 when crude prices crashed.
"We are determined to pursue economic reforms, control fiscal management, bolster transparency and strengthen the private sector," the king said in a brief statement to the cabinet.
The finance ministry said the kingdom, which is pumping about 10.5 million barrels of oil per day, succeeded in reducing the estimated budget deficit in 2018 by 31 per cent to $36 billion due to the partial rebound in crude prices.
The ministry also said the country's economy, which contracted by 0.9 per cent last year, grew by 2.3 per cent.
It expects growth to hit 2.6 per cent in 2019.
The ministry said the Gulf kingdom would resort to drawing on state reserves and borrowing to plug the deficit.