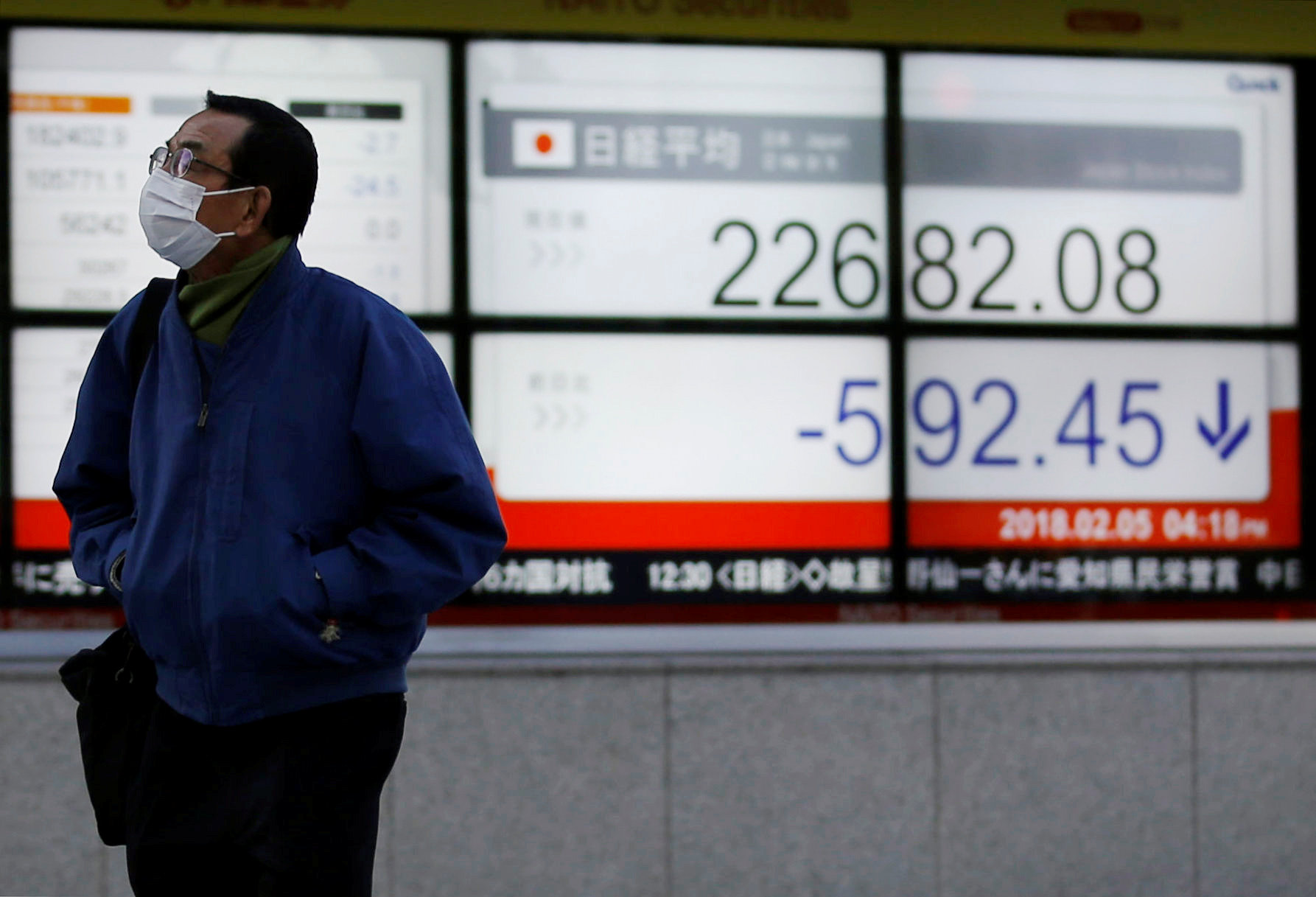 Tokyo: Tokyo stocks lost ground on Tuesday, extending losses on Wall Street, as investors looked ahead to meetings of the US and Japanese central banks.
The benchmark Nikkei 225 index fell 1.82 per cent, or 391.43 points, to close at 21,115.45, while the broader Topix index was down 1.99 per cent, or 31.69 points, at 1,562.51.
"Following falls in US shares, investors remain cautious about market prospects," said Okasan Online Securities in a commentary.
Investors "tend to take wait-and-see attitudes ahead of the Japanese and US central bankers' monetary policy meetings" as well as other key events such as the Congressional deadline for the US budget later this week, it said.
The US Federal Reserve meeting ends on Wednesday and the Bank of Japan's concludes on Thursday.
"Players were also on the sidelines ahead of SoftBank's initial public offering tomorrow," said Toshikazu Horiuchi, a broker at IwaiCosmo Securities.
The market was disappointed by Chinese President Xi Jinping's speech on Tuesday, "which does not include concrete stimulus measures", Horiuchi said.
In Tokyo, SoftBank, which aims to raise $23 billion by listing its mobile unit from tomorrow, plunged 3.29 per cent to 8,259 yen.
Hitachi dropped 2.57 per cent at 3,138 yen after it announced plans to buy a majority stake in the power grid business of Swiss-Swedish engineering giant ABB for $6.4 billion.
Hitachi also said, according to the business daily Nikkei, it would seek financial support from the British government for its project to build nuclear plants in Britain.
Nissan lost 0.21 per cent to 927.9 yen after the board of the automaker failed to agree a replacement for former chairman Carlos Ghosn after his arrest for financial misconduct.
And flea-market app Mercari plunged 8.92 per cent to 2,113 yen after it announced plans to shut its British unit and stop operations in the country.
In New York, the Dow and the S&P 500 both fell 2.1 per cent while the tech-heavy Nasdaq fell 2.3 per cent, with the latter two hitting new lows for the year.
The dollar fetched 112.77 yen in Asian afternoon trade, against 112.69 yen in New York.