Govt hospitals on alert to tackle Dengue cases, victims on the mend 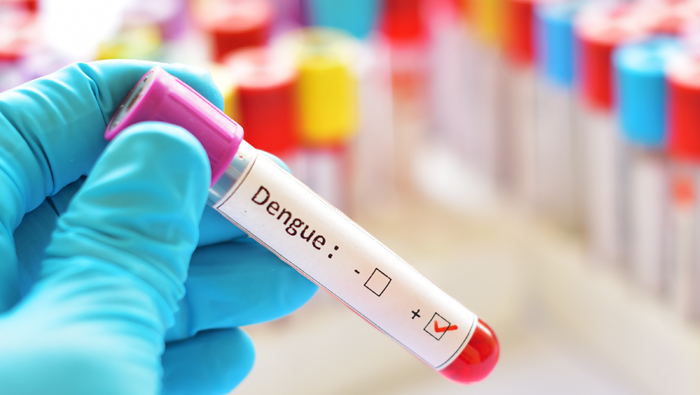 Muscat: Hospitals in Oman are being put on standby to deal with patients who present symptoms of dengue, after four cases were discovered in the Sultanate.

However, three of the patients who were diagnosed with dengue fever in Oman have recovered, a top official at the Ministry of Health has confirmed.

Symptoms of dengue include sudden, high fever, severe headaches, pain behind the eyes, severe joint and muscle pain, fatigue, nausea, vomiting, skin rashes, and mild bleeding from the gums and nose. Symptoms begin four to six days after infection and last for up to 10 days.

Dr. Abdullah bin Bashir Al Manji from the Department of Epidemiological Investigation at the General Directorate for Disease Control at the Ministry of Health told Times of Oman, “Three patients who were diagnosed with dengue last week have recovered. I can’t confirm if the number of cases of dengue fever has increased or not so far, as the samples have to be sent to the laboratory.”

“Dengue fever is transmitted by the bite of an Aedes mosquito infected with the dengue virus. The patients contracted the virus during the last two weeks in the wilayat of Seeb and not from outside the country,” he explained.

Al Manji added that the mosquito survey will now cover the wilayat of Bausher.

He said, “Azaiba, Al Khuwair, Ghala and other areas of Bausher will also be covered after the wilayat of Seeb; in these areas, teams will investigate and control the spread of the mosquitoes.”

He appealed to citizens and residents to cooperate with the teams.

“In some cases, it is necessary to enter houses in order to facilitate the investigation and disposal of mosquito breeding grounds,” he added.

Ministry of Health in cooperation with Muscat Municipality will continue survey inspection on the mosquitoes in Bausher. It will cover Azaiba, Ghala, South and North Al Khuwair areas today.

The search comes after the Ministry of Health announced that a case of dengue was recorded in the Sultanate. The field investigation began on Thursday and the ministry divided the wilayat of Seeb into blocks

According to the ministry’s statement, the Aedes aegypti mosquito transmits dengue, yellow fever, the Zika virus, and other viral diseases.

The ministry has advised the public on ways they can avoid mosquito bites, such as wearing long-sleeved, body-covering clothes; using mosquito-repelling ointments on exposed parts of the body; closing windows with a mesh to protect themselves against mosquitoes; and spraying households with insecticides.

The ministry also advised the public on ways to eliminate mosquito breeding grounds, such as discarding water that is stored every five days and cleaning tanks, disposing of water collected from air conditioners and changing the water of fans and other places where it gets accumulated.

People should also change the water in animal and bird drinking containers and clean the bowls before refilling them every five days, cover water reservoirs, dispose of used tyres, and ensure the disposal of empty dye cans and damaged utensils.

Both the World Health Organisation and the US Centre for Disease Control also have advisories on how to prevent dengue.

“Insecticide-treated mosquito nets afford good protection to those who sleep during the day (e.g. infants, the bedridden and night-shift workers),” said the WHO advisory. “Where indoor biting occurs, household insecticide aerosol products, mosquito coils or other insecticide vaporisers may also reduce biting activity. Household fixtures such as window and door screens and air-conditioning can also reduce biting.”

The CDC added, “See a doctor or healthcare provider four-six weeks before your trip to get any prescriptions, shots, and information you may need to stay healthy while you travel,” added the Centre for Disease Control’s Division of Parasitic Diseases and Malaria, which is part of the Centre for Global Health. “Even if your trip is sooner, see a doctor to be safe.”