Key non-oil sectors recognised as ripe for growth in Oman 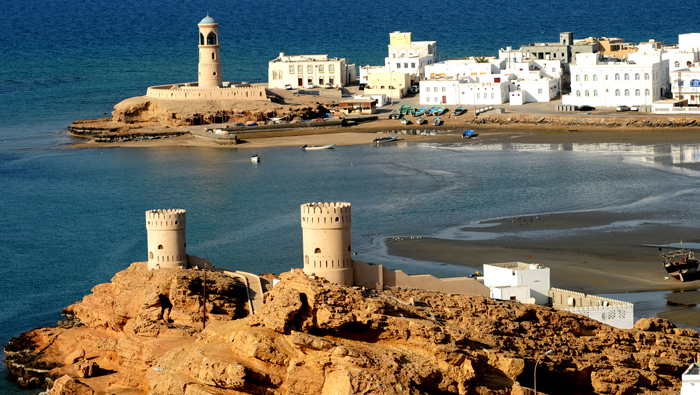 Muscat: More than half the executives interviewed for the 2018 edition of the Business Barometer: Oman CEO Survey carried out by Oxford Business Group (OBG), believe that tourism will take the lead in the Sultanate’s diversification drive, although they also expect hydrocarbons to continue playing a dominant role in the national economy for the foreseeable future.
As part of its survey on the economy, the global research and consultancy firm asked over 100 C-suite executives from across Oman’s industries a wide-ranging series of questions on a face-to-face basis, aimed at gauging the business sentiment.
Some 50 per cent of interviewees identified tourism as the sector they felt most likely to influence Oman’s economic development, suggesting that business leaders think the country has the potential to significantly boost visitor numbers, while a further 19 per cent and 17 per cent selected manufacturing, and transport and logistics, respectively.
Although diversification is the cornerstone of Oman’s Vision 2020 economic roadmap, OBG’s survey also confirmed that executives expect hydrocarbons to remain the biggest determinant of the Sultanate’s fortunes. Almost three-quarters (73 per cent) of respondents cited oil prices as the single largest factor they thought could impact the local economy in the short to medium term, well ahead of regional volatility, which was chosen by 22 per cent of interviewees.
When asked for their views on Oman’s tax environment, the vast majority (89 per cent) of CEOs said they believed it to be highly competitive or competitive on a global scale, although like several other Gulf countries, the Sultanate has yet to follow through on the GCC’s decision to introduce value-added tax (VAT).
Executives were also largely positive about the levels of transparency in Oman’s business environment, with some 65 per cent saying they perceived them to be high or very high. However, a significant minority (25 per cent) described them as low, suggesting that the Sultanate could face challenges in its efforts to boost foreign direct investment (FDI).
Opinions also varied on the subject of accessing credit in Oman, with only 35 per cent of business leaders describing the borrowing climate as easy or very easy.
Commenting in his blog, Oliver Cornock, OBG’s Editor-in-Chief and Managing Editor for the Middle East, said that while diversification had long been a mantra of policy-making in Oman, the process of building new, commensurately valuable revenue streams was never going to be easy.
“The steep plummet in 2014, which saw oil prices reduce dramatically, highlighted not only the continued reliance of Gulf economies on oil receipts, but also that no other sectors were yet stepping up to contribute anywhere near comparably,” he said.
“That said, the non-oil economy is growing at a fair clip – 3.9 per cent in 2017, up from 2.6 per cent during 2016, according to figures from the Central Bank of Oman (CBO),” he added.
Cornock said it had been particularly interesting to note that the key segments of the non-oil economy identified by executives as ripe for growth, such as tourism, had already been earmarked by the government for development.
“Widely perceived as a high-end destination, visitor numbers have fluctuated, but the broad trajectory is positive,” he said.
“Overall, the survey results showed that CEOs in Oman have a clear idea of the areas they see as having the highest potential for diversification, but also realise the continuing centrality of hydrocarbons,” he added.