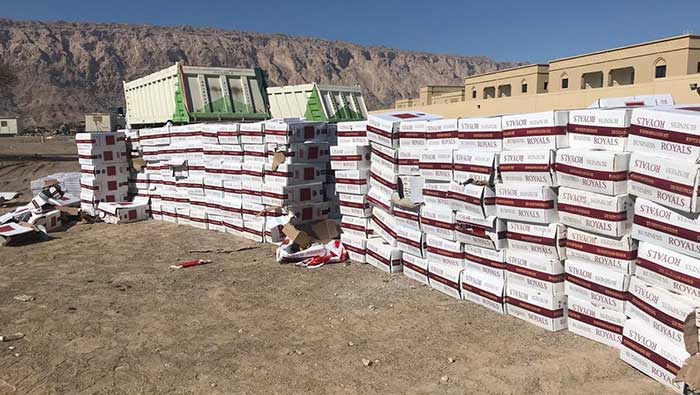 Muscat: A total of 45,000 packs of banned cigarettes were seized at the Wadi Saa border crossing, Royal Oman Police (ROP) has announced.
In a statement, ROP said, “Wadi Saa police station, led by the Buraimi Governorate police, foiled a smuggling attempt of 45,000 packs of cigarettes after they entered through the land port.”
Police added that legal action is currently being taken.