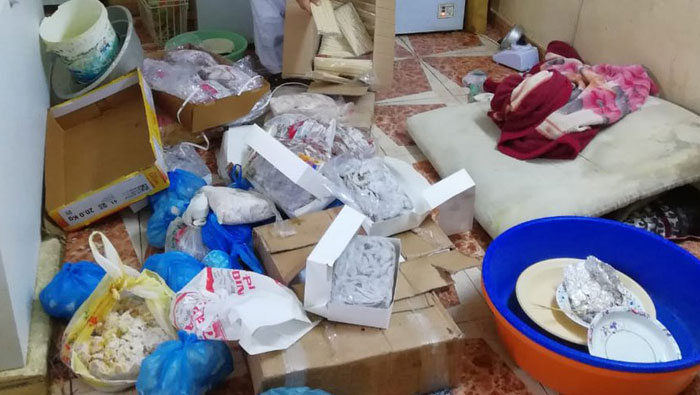 Muscat: Municipal authorities in North Sharqiyah have denied rumors about closing a shop that was found cooking donkey and cat meat for customers.
The rumors were spread after the municipality announced that it was raiding a house that was being used to prepare meat in unhealthy conditions.
The Municipality said in its statement: "Clarification: What has been circulated in social media sites about the closure of a shop that prepares donkey and cat meat is incorrect. The workers' houses have been raided for preparing meat in unhealthy conditions."
"Please do not circulate such suspicious messages, and take news from official sources and the General Directorate of Regional Municipalities and Water Resources in North Sharqiyah Governorate," the municipality added.
Previously, North Sharqiyah municipality announced that it had raided a number of houses in Ibri where workers were found "preparing meat dishes (Almashakik)" in rooms that did not meet health health requirements. The meat was destroyed and the necessary legal procedures were taken against the workers.