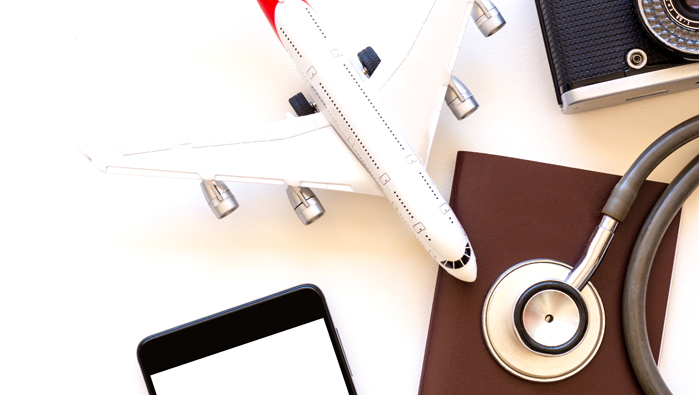 Muscat: The cost of medical examination fees for expatriates will go up from February, in the wake of a new decree announced by the Ministry of Health.
The new decree states that expats who come to the country for work, as well as their families, will now need to pay OMR30 instead of OMR10 for their medical, or triple the original amount, when they apply for a resident card. Omanis, meanwhile, will have to pay OMR20 for a medical examination if they’re marrying abroad. For the approval of a medical examination certificate and sick leave issued from abroad, expats will have to pay OMR2.
The move comes following the Ministry of Health issuing ministerial decision 239/2018, specifying new fees that expats and Omanis will have to pay for medical examinations in the Sultanate.
An official at the Ministry of Health told Times of Oman, “The service fees for a medical examination or to obtain a resident card have increased from OMR10 to OMR30.”
According to Article 3 of the decree, the new fees will be effective from February 1, 2019.
In the wake of this, company bosses say they will absorb this increased cost, but are concerned about the impact it will have on their businesses in the long run.”
The move is the latest by the Sultanate to reduce the number of expats working in the country, as it looks to step up its Omanisation drive and replace more overseas workers with locals from within Oman.
However, Salim Al Badwi, the owner of one of the Sanad offices which works with the government to process labour and visa clearances across Oman, said this would put more pressure on businesses.
“Previously, the fees of a medical examination for a residence card were OMR10 and the fee for a medical certificate which covers employees in coffee shops, barbers, and salons was worth OMR5,” he said. “The new fees are now double that. This means it will be difficult for the employer to provide the amount, especially if he owns an SME.”
“We are close to business owners, and I am sure that this increase will affect their business significantly and we are waiting for a clarification from the ministry on the reasons for this increase.”
Dr Anchan CK, an investment advisor and economist in the country, said: “It’s certainly going to be a challenge for business owners, in particular, those who employ a large number of expatriates. The cost of labour services will have one more added cost.”
“I am quite sure the increase in fees has been revised by the authorities after considering various factors, including the current inflation and other related costs. It’s worthy to note that the revision has come into effect after many years,” he said.
Observers believe that some companies may pass these fees to their employees.
“I strongly believe that some of the companies may pass this on to their employees,” a manager of a construction firm said.
In November 2016, the country’s Ministry of Manpower had decided that the cost of employment visas issued to expatriates coming to the Sultanate for work would be increased by 50 per cent.
Visas that previously cost OMR201 to be issued have since been priced at OMR301.
This increase in costs has left business owners worried, and Saif Al Hosni is one of them.
Al Hosni, who works as a businessman, has 90 expat workers in his restaurants and all of them need residence permits and health certificates.
Economic conditions
“Due to the current economic conditions, our businesses are already going through a recession and these increased fees will affect many of us,” said Al Hosni, who expects the amount of money he is expected to now pay to bring expat workers to Oman to increase.
“We cannot reduce the number of workers because that will affect the quality of service provided to our customers.”
“For example, in the restaurant, if the number of workers is reduced, customers will have to wait for a long time until their order arrives, and then they will take their business elsewhere,” he added.
“The employees here perform certain tasks and it is difficult to pressure them with long hours, because they will then need more breaks and days off for vacations.”
The fees for issuing a certificate of experience for the non-Omani medical and medical assistant category is OMR20, while the licence for assistant medical professions for non-Omanis (except a pharmaceutical profession) is OMR100.
The decree outlines the cost of all the services provided by the Ministry of Health, which include the charge for vaccinations, permits to import medication, and permits to establish private hospitals, clinics and pharmacies.
According to data from the NCSI, there are currently 2,035,987 expatriates living and working in Oman, of which 1,797,613 are employed.
Indians remain the largest expat segment, with 664,227 workers in the country, followed by Bangladeshis (663,618) and Pakistanis (219,901).