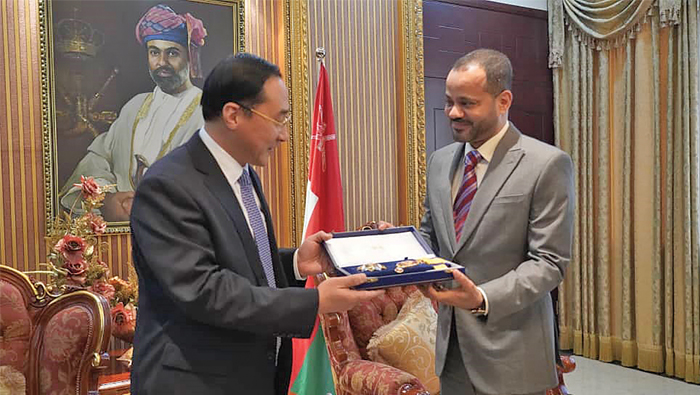 Muscat: His Majesty Sultan Qaboos bin Said conferred Al Nu’man Order “First Class” on Yu Fulong, the outgoing Ambassador of China to Oman in appreciation of his efforts in serving the good relations binding the two friendly countries.
The order was handed over by Sayyid Badr bin Hamad bin Hamoud Al Busaidi, Secretary General of the Foreign Ministry when he received him at the Sultanate’s Embassy in Beijing.
The occasion was attended by Dr. Sheikh Abdullah bin Saleh Al Sa’adi, Ambassador of the Sultanate to the People’s Republic of China and a number of officials from both sides.