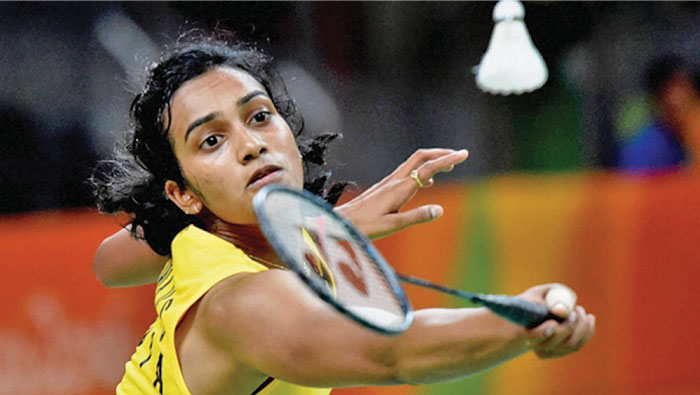 Shanghai: An emotional P.V. Sindhu finally got her hands on gold at badminton’s season-ending World Tour Finals on Sunday while in the men’s decider China’s Shi Yuqi exacted stunning revenge over number one Kento Momota.
The 23-year-old Indian Sindhu has suffered a series of near-misses in recent years, winning silver at the 2016 Rio Olympics, and again at the Asian Games and Commonwealth Games this year.
The world number six, renowned for her never-say-die attitude, has also twice lost in the final of the World Championships and was runner-up in last year’s season finale.
But she put all that heartbreak behind her in the Chinese city of Guangzhou, beating the fifth-ranked Nozomi Okuhara of Japan 21-19, 21-17 in the women’s final in just over an hour.
Sindhu, who was always in control of the match, sealed the championship with a forehand smash, before collapsing to the court floor on her hands and knees, physically and emotionally exhausted.
“I’m really proud, the year has ended on a beautiful note,” said Sindhu. “People have been asking me the same question, I think the question won’t come again -– asking why I always lose in the final.
“It was good that people were asking me about losing so many finals because I had to ask myself why I was losing. “Finally I got the answer.” The men’s final, a mouth watering showdown between the two top-ranked players in the world, was a re-run of the world championship decider in August.
On that occasion, the 22-year-old Shi -- the new star of Chinese men’s badminton -- was well beaten by Momota.
But roared on by the crowd in Guangzhou, Shi got revenge in emphatic fashion, beating the tournament favourite 21-12, 21-11 in a surprisingly one-sided encounter for the biggest win of his young career.