Expats arrested for selling meat from sick livestock in Oman 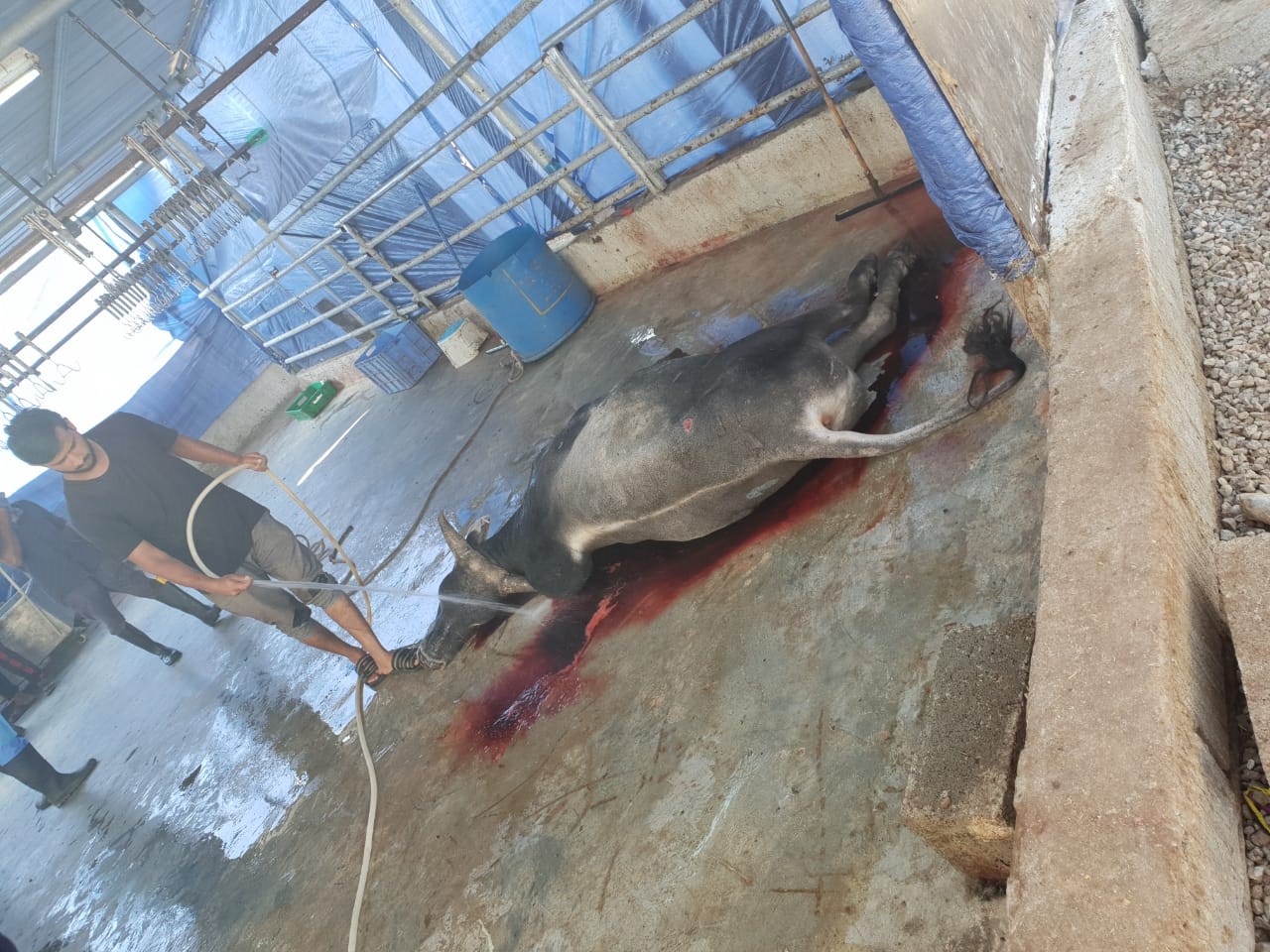 Graphic image warning.
Muscat: A number of expats have been arrested for slaughtering diseased and sick animals and selling the meat to restaurants and companies, the Public Authority for Consumer Protection (PACP).
According to officials, the suspects would buy the sick livestock at low-prices and then slaughter them in remote areas before distributing them.
Authorities said, "The Consumer Protection Department in Barka in cooperation with Public Prosecution Department in Barka, Barka Police Station and Barka Municipality managed to arrest a number of expat workers who were buying sick animals from one of the farms in order to slaughter them and distribute their meat to some restaurants and companies.”
“The suspects bought sick livestock at low prices and slaughtered them in places away from view, in a farm in the wilayat of Barka,” it added.
After investigation and observing the expat workers, one of them was caught red-handed after he bought a sick bull and loaded it in a pickup vehicle to be delivered to the farm in preparation for slaughter. An inspection warrant was taken and the judicial order was given to the veterinarian of the municipality of Barka where the farm was raided.
The worker was arrested as he was about to slaughter the sick animal, where tools for slaughtering and cutting and bags for meat distribution were found at the farm.
**media[977762]**
An examination of the bull showed signs of disease, weakness, presence of patches in the eye, bleeding spots in the liver, heart and lungs, and lymph gland enlargement after the animal was slaughtered and samples were taken. The entire body of the bull was affected as a result blood poisoning spread throughout its parts, making it unfit for human consumption.
**media[977760]**
Ahmed bin Saleh Al-Zadjali, Director of the PACA Department in Barka, said, "The investigations showed that this incident is not the first time that these workers were interested in making quick profits at the expense of the health of citizens and residents. We confirm that we continue to follow the violators wherever they are to arrest them and turn them to the competent authorities and punish them."
"Farm owners should oversee their farms and not hand them over to the expatriates and leave them without supervision," he added.
"This is contrary to Article 7 of the Consumer Protection Law issued by Royal Decree No. 66/2014, which says, 'It shall be prohibited to trade in any adulterated, corrupt, counterfeit commodities or any commodities that are not authorised for trading and the same may not be advertised and regulations shall determine what commodities shall be deemed as adulterated, corrupt or counterfeit'," he explained.