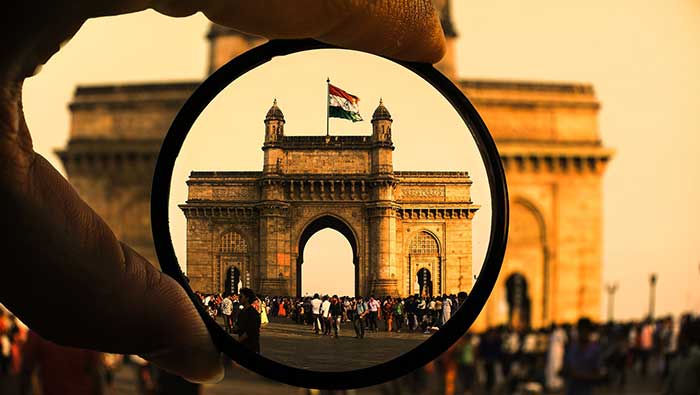 Muscat: Tourists from Oman have put the Sultanate among the top 15 countries using India’s e-tourist visa service, according to the South Asian country’s Ministry of Tourism.
Figures from the ministry showed that Oman accounted for 1.55 per cent of all e-tourist visas issued by India for the month of October, putting the Sultanate among the top 15 e-tourist visa markets and among major countries such as the UK, Germany and Canada. The Sultanate was also among India’s top 15 e-visa tourist markets for the months of July, August, and September 2018.
India issued a total of 222,134 e-tourist visas in October 2018, a 26.1 per cent increase from the same period last year.
Commenting on the data, Riaz Kuttery, Chief Operating Officer of Mezoon Travels, told the Times of Oman, “Given the proximity between both countries, it does not surprise me that Omanis are increasingly selecting India as their destination of choice. The relationship between both countries is very strong, not to mention the many beautiful and attractive places across India awaiting travellers from Oman. There is also the medical tourism sector, which is popular among tourists from the Sultanate. Many choose to undergo treatment in India thanks to its state-of-the-art facilities and proximity to Oman. “
The updated figures follow a trend that has seen Oman emerge as a key source market for tourism to India. From January to June 2018, 28,092 Omanis received e-tourist visas to India, accounting for 2.5 per cent of all foreign tourists entering the country. Oman is on pace to beat last year’s figures, with India issuing 32,702 e-visas to Omani tourists for the entirety of 2017.
Additionally, tourists from Oman were among the top 15 foreign tourist arrivals in July 2018, accounting for 1.95 per cent of the 806,255 tourists travelling to India during that period.
India issued a total of 1,109,740 visas from January to June 2018. The UK accounted for 18 per cent of those visas, followed closely by the USA and France.
An investment advisor in Oman said costs and quality healthcare were two of the main incentives for people in the country to seek treatment in India. “Persons coming to India for their medical treatments can save anywhere between 30 and 70 per cent, including the cost of ticket expenses and accommodation,” he said. “In addition, access to immediate medical procedures is what attracts patients to travel to India. Above all, it’s the faith and trust which has grown strong over the years, from among the patients who have been treated and cured in India; they highly recommend it, as they have tremendous respect for the doctors, the system and the people.”
“In addition to modern medical treatment, India is also renowned globally for its alternative medical treatments such as Ayurveda and yoga, which are considered among the earliest medical practices in the world,” he added. “Ayurveda has a cure for many chronic and lifestyle-related ailments, including cancer, arthritis, psoriasis and nervous disorders.”