Ministry to investigate six areas in Muscat for dengue mosquitoes 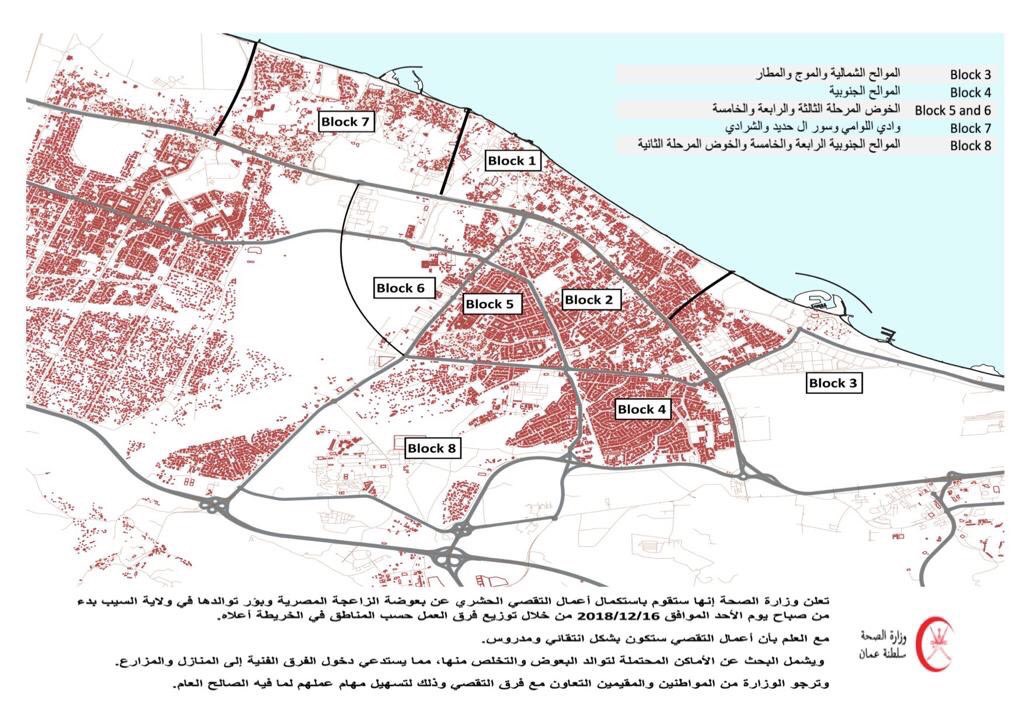 Muscat: A number of homes and farms in wilayat Seeb will be inspected on Sunday morning, as the Ministry of Health looks into the presence of Aedes aegypti mosquitoes.
Also read: Here’s how you can stay safe from mosquitoes in Oman
According to the ministry, the inspection will take place from Sunday morning. The ministry has divided wilayat Seeb into blocks and said that the investigation would take place in six blocks:
Block 3, which is located in North Mawaleh and the airport area; Block 4, which is South Mawaleh area, Block 5 and 6 in Al Khoud district three, four and five; Block 7 in Wadi Al Lawami, Sur Al Hadid and Sharadi. And Block 8, which includes South Mawaleh four and five, and Al Khoudh district 2.
**media[977509]**
“The investigation will be selective and deliberate. This includes searching for potential places where mosquitoes can breed,” the ministry said.
The Ministry has called on all citizens and residents living in these areas to cooperate with the teams.
On Thursday, the Ministry of Health issued a statement that said it had carried out a field survey to detect the Aedes Aegypti mosquitoes after a case of locally transmitted dengue fever was recorded.
“It was proved that the mosquitoes were present in the wilayat of Seeb in Muscat Governorate,” the statement read, adding, “This field investigation was carried out because of the detection of a case of dengue fever, which was not travel related, and could be locally transmitted.”
According to the ministry’s statement, the Aedes aegypti mosquito transmits dengue, yellow fever, the Zika virus, and other viral diseases.
In accordance with the Ministry of Health’s statement, Muscat Municipality carried out a field investigation on Friday in order to combat the dengue-causing Aedes aegypti mosquito in Seeb.
The Ministry of Health has advised the public on ways they could avoid mosquito bites, such as wearing long-sleeved, body-covering clothes, using mosquito-repelling ointments on exposed parts of the body, closing windows with a mesh to protect themselves against mosquitoes, and spraying households with insecticides.
The ministry also advised the public on ways to eliminate mosquito breeding, such as discarding water that is stored every five days and cleaning tanks, disposing of water collected from air conditioners and changing the water of fans and other places where water gets accumulated, and changing the water from fountains, swimming pools and agricultural vessels every five days.
People should change the water in animal and bird drinking containers and clean the bowl before refilling it every five days, cover water reservoirs, dispose of used tyres, and ensure disposal of empty dye cans and damaged utensils.