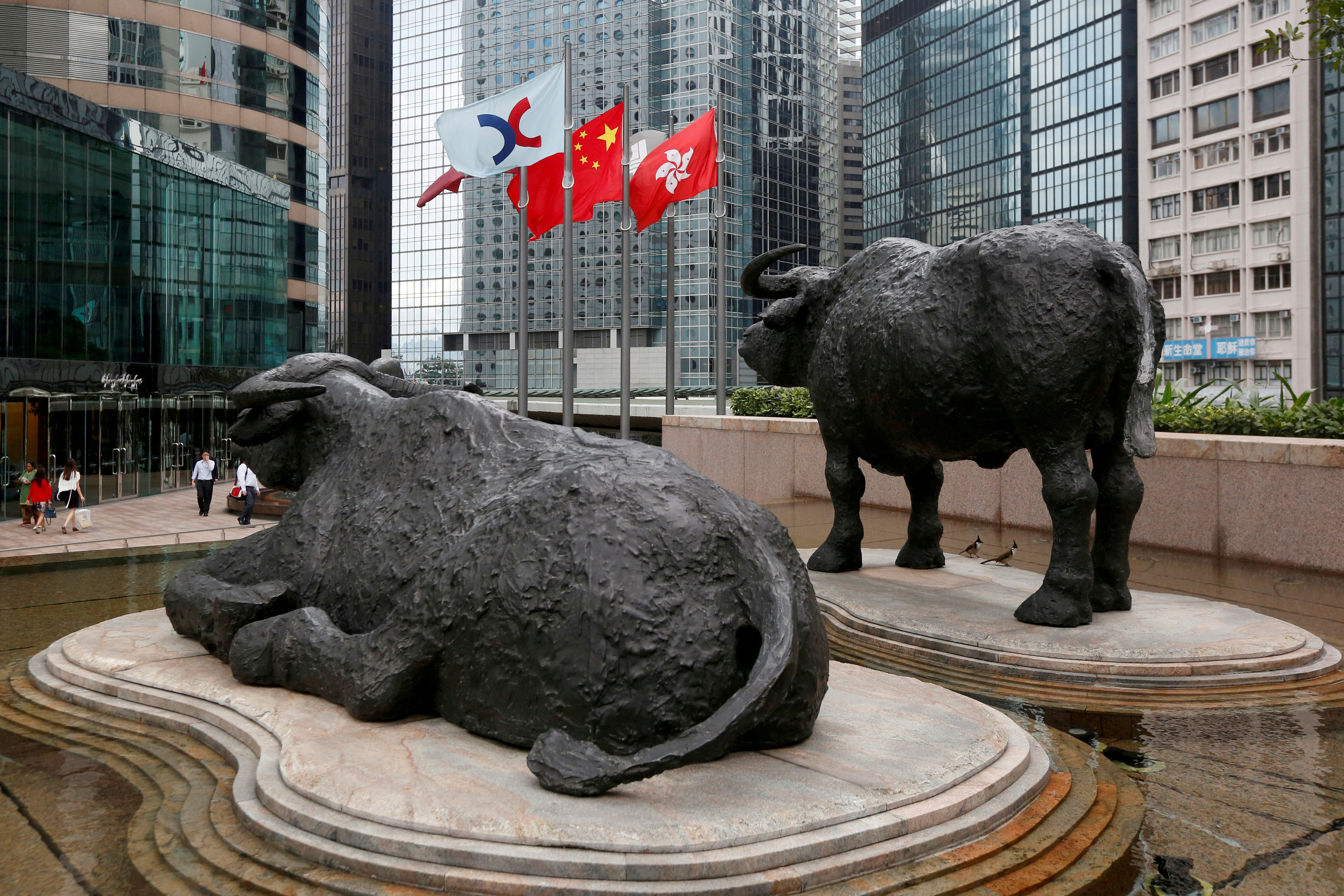 Hong Kong: Asian markets mostly dropped on Tuesday as the previous day's euphoria over the China-US trade war ceasefire gave way to questions about whether the two can ultimately resolve their differences.
However, oil prices continued to rise, building on Monday's surge fuelled by the agreement as well as news of a Russia-Saudi Arabia pact to cap output.
Global investors were given some much-needed Christmas cheer at the weekend after Donald Trump and Xi Jinping called a halt to their painful tariffs battle for 90 days while they try to resolve their differences.
The news lit a fuse under markets after a torrid year that has been dominated by the trade war between the world's top two economies, which many fear will hit global growth.
However, there is concern that the three-month grace period will not be enough for them to hammer out agreements on key issues, particularly on intellectual property protection.
"Can the US and China really resolve their differences in 90 days?" asked Rodrigo Catril, senior strategist at National Australia Bank.
"It seems that more details and signs of progress will be needed if the initial trade truce warm fuzzy feeling is to be sustained."
Also, later Monday there was uncertainty about Trump's claims in a tweet that China had agreed to slash tariffs on car imports, with two of his top advisers unable to provide clarity on the issue.
"That's what happens when you don't have the detailed negotiations going into the summit" and end up with the "broad swath of a 35,000-foot deal," Bonnie Glaser, a China expert at the Center for Strategic and International Studies in Washington, said.
"It's risky. There's certainly no guarantees that it will produce the outcomes that we want."
And Stephen Innes, head of Asia-Pacific trade at OANDA said there was "complete confusion" over details of the Trump-Xi deal.
Tokyo tumbled 2.4 per cent on profit-taking and a strong yen, while Sydney and Singapore shed one percent each. Seoul dropped 0.8 per cent, while Taipei eased 0.5 per cent and Wellington gave back 0.1 per cent.
However, Hong Kong staged a late rally to end up 0.3 per cent, while Shanghai, Manila and Jakarta were also up.
In early European trade London rose 0.4 per cent, Paris dropped 0.3 per cent and Frankfurt lost 0.4 per cent.
Jeff Kleintop, chief global investment strategist at Schwab Center for Financial Research, remained upbeat.
"It's easy to see the trade deal as a half empty (glass) –– that it's just a postponement and that they'll work together but that there really isn't any kind of resolution," he said.
"But I think you can see it as a half glass full."
On oil markets both main contracts posted more healthy gains, adding more than one percent, having racked up gains of almost four per cent Monday on the trade deal, the Russia-Saudi output agreement and a cut in production in Canada.
Focus is now on a meeting of Opec and non-Opec members in Vienna at the weekend, where they will reveal how much and for how long they will reduce output as they look to stabilise the crude market.
On currency markets the pound is struggling to bounce back against the dollar with MPs preparing to debate Prime Minister Theresa May's Brexit deal as she struggles to win over enough people to support it.
Failure to push the agreement through parliament could bring down her government, fuelling more uncertainty in the country.
The dollar slipped to 6.84 yuan, with the Chinese unit still enjoying the positive flow from the weekend's news, having been close to the 7 per greenback level just a month ago. The yuan has risen about 1.5 per cent in the past two days.
The euro won some support after Italy's Prime Minister Giuseppe Conte said a fresh budget that would avert Brussels penalties would be ready "in the coming hours".
The populist government's spending plan had run foul of EU rules, leading to a stand-off that threatened a crisis in the bloc.