On the Ball: India’s players are fired up for the Hockey World Cup 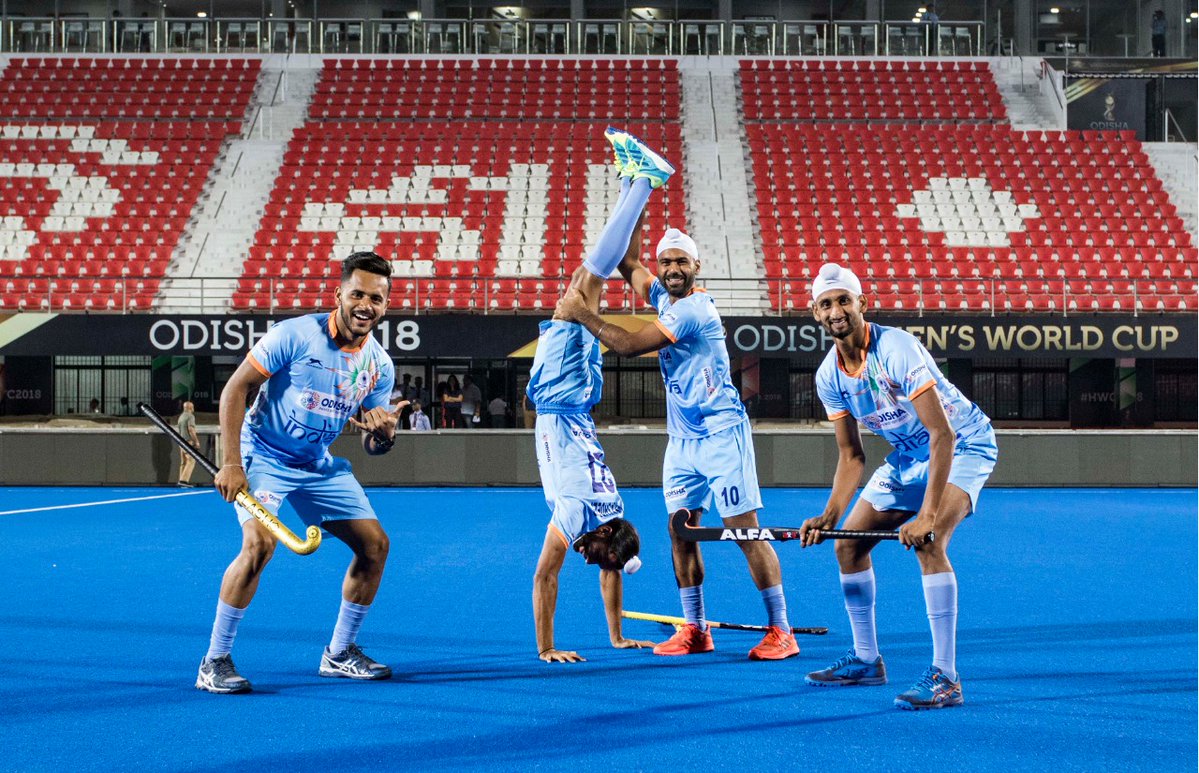 When Manpreet Singh, the captain of India’s national hockey team, laid eyes on the trophy that was placed in front of him at the opening ceremony of the 2018 Asian Champions Trophy that was held in Oman last October, it wasn’t just that trophy he’d had his eyes on.
Like the rest of the squad that had come to Oman to play in the six-nation series, Manpreet Singh did of course want to win the trophy, but he was looking beyond the tournament to a far greater one. His nation is currently hosting the 2018 Hockey World Cup, and Manpreet and his team have long been harbouring a cherished dream of lifting the sport’s greatest trophy on home soil. Times of Oman spoke to India’s National Hockey Team ahead of the World Cup when they came to Oman, and the players are really fired up for the event.
“For me, it is a really great opportunity, playing for your country, representing your country and giving the best for your nation,” said Manpreet. “When I first began playing hockey, I always thought about winning medals at the World Cup and the Olympics for the nation.
**media[972284]**
“It was really outstanding when I first got selected. I was selected in 2011, and that incident has a lot of memorable things for me, because I can still remember when I played my first match against China,” he added. “Until now, I have always thought that while playing for the country, my hockey should get better and better. I need to give my best to the nation always.”
Manpreet may be one of the younger players in the squad, but he can bank on the experience of goalkeeper PR Sreejesh, who won his 200th cap during the Asian Champions Trophy against Pakistan.
“It’s a great honour, because you are representing your country, you are an ambassador, I think it is a great honour for an athlete to wear his own country’s jersey, playing for a billion people,” he revealed. “It’s been a while since I have begun my career, I started it in 2006 against Sri Lanka, when I began my career, and I have played my 200th match against Pakistan in the Asian Champions Trophy in 2018.
**media[972285]**
“There have been a lot of ups and downs, a lot of smiles, a lot of cries, it’s really been a mixed ride with a lot of emotions,” added Sreejesh. “I feel like that my career has been great, because I have learned from a lot of legends and gained a lot of experience. You know, whenever you take up a sport, especially hockey, it is not going to be easy and you will go through a lot of ups and downs.”
But even if the Indians do take their eye off of the prize, coach Harendra Singh knows better than to let heads drop when hockey’s biggest prizes is on the horizon.
“It is easy to see what happens on the pitch for 60 minutes, like you do in films, but behind the scenes, there are so many people who have worked,” he admitted. “Who is winning, who is losing is not important. The quality of hockey that is displayed in this tournament, which is far better technically and tactically, is what people from all over the world are enjoying. On behalf of my team, I assure you that the kind of hockey we are playing, we will keep displaying, whichever tournament we are playing in.”
Sreejesh and Manpreet also had words of advice for the next generation of hockey players.
**media[972287]**
“I want to say that whatever sport you play, it will be good for you because you will be fit and you will be away from bad things,” said Manpreet. “Play any sport you want to. There are so many sports that you can play these days. We are doing really well right now, and I think we need to look forward to the next matches, because we are looking at the World Cup as well, because we are hosting it, and the World Cup is not going to be easy. The best teams are coming, so we need to be ready for them.
“The only thing that keeps you motivated is to work hard, keep your dream high and follow your passion. That’s the only think that can knead you into a better hockey player,” added Sreejesh.[email protected]