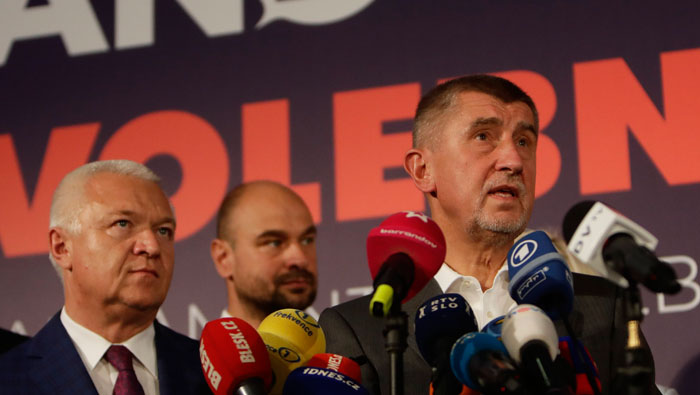 Brussels: A key opinion by the EU’s legal service has found that embattled Czech Prime Minister Andrej Babis has a conflict of interest between his role as head of the Czech government and his business dealings.
The finding, seen Saturday by AFP, will heap further pressure on Babis, a billionaire premier who survived a no-confidence vote in Czech parliament last week called in connection to previous allegations of EU subsidy fraud.
In the confidential report dated November 19, EU lawyers concluded that Babis’s connections were in breach of EU law and could lead to the Czech government being asked to return EU subsidies.
However European Commission lawyers said that according to EU law it was, for now, up to national authorities to initially handle such conflicts.
The accusations centre on EU funds paid out to Babis’ sprawling Agrofert food and chemicals conglomerate in 2018 but the lawyers looked as far back as 2013 when the billionaire first officially entered politics.
Lawyers from the bloc’s powerful legal service say that Babis’ dual role as premier and tycoon “qualifies as a conflict of interest” since public officials should not decide on EU payouts for companies they ultimately control.
The “impartial and objective exercise of his functions as a prime minister in relation to management of (EU) funds... are compromised,” the report said.
The document says the EU subsidies ranged from around 42 million euros in 2013 to 82 million euros in 2017.
The European Commission was tasked to investigate Agrofert after Czech transparency campaigners insisted that Babis remained the de facto owner of the conglomerate, despite moves by the tycoon to distance himself from his businesses.
Babis on Saturday refuted the allegations, telling Czech News Agency (CTK) there had been no clash of interests: “I’m acting strictly in line with the law as adopted by the parliament.”
“I’m not managing or controlling the trust funds,” he added.
In a statement, the European Greens party called on Babis to “sever all ties with the Agrofert group and resolve this conflict, failing that he must step down as Prime Minister.”
It also urged the EU to handle the case, adding: “How realistic is it that Czech civil servants would be able to rule against their own PM?”
The European Commission refused to comment on the leak, but said it was “closely monitoring a specific complaint” regarding the Czech prime minister and was in contact with officials in Prague.
Even though “it is for the national authorities in the first instance to take the necessary action, the Commission also has a responsibility to protect the financial interests of the Union,” it added.
The EU legal opinion was first reported by the Guardian and Le Monde.