Lifeline: Expat mental health in Oman to be top priority 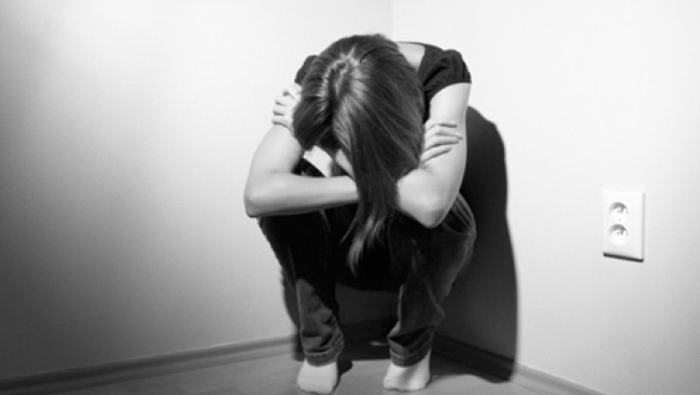 Muscat: Lifelines for expats, including counselling services and organised community events, may have helped reduce the number of suicides registered among workers in Oman.
The number of suicides of expatriates in Oman dropped by more than 60 per cent last year compared to the year before, but social workers and community leaders feel more can be done to ensure the numbers continue to come down.
An official from the Public Prosecution told the Times of Oman, “In 2016, there were 28 suicide cases among expatriates, while in 2017 there were nine recorded cases.”
“Suicide cases have to be referred to the Public Prosecution for several reasons. The body has to go for a forensic autopsy to know the reasons behind the suicide: if the person actually committed suicide or whether he/she was murdered,” the official said.
The data only included suicide cases referred to the public prosecution.
Public Prosecution data also revealed that in 2017, there were eight cases where suspects were found guilty of inciting others to commit suicide. The figure includes two Omanis, four Bangladeshis, one Pakistani and one other person whose nationality was not disclosed. Despite the low number of recorded suicide cases referred to the public prosecution, expat community leaders felt that more could be done to help workers, especially blue-collar workers who find themselves away from home and family.
A senior official at the Indian Social Club in Oman said that on the basis of the data provided, it was likely that people who committed suicide in the country were those who belonged to the blue-collar workforce, and suffered from financial and social constraints.
“The reason for these suicides could be a lack of financial or emotional support, as these people are far away from their families and have no support here,” said an Indian Social Club official, speaking to the Times of Oman.
“There are no counsellors or recreational facilities for these people. Obviously, the most pressing concern for them is money. They are stressed because they don’t have enough money for themselves because they send all of it to their families back home.”
Camp workers
“Many of the social wings conduct musicals with camp workers, where the camp workers also participate,” he added.
“It’s basically about the integration of these communities into the mainstream. We also conduct many cricket and other sports activities in the camps, because what I see is that there are not enough recreational activities for people in the camps. There is no work-life balance. These people just go to work and then come back.”
Mohammed Zaeem, general secretary of the Pakistan Social Club, added, “It is, unfortunately, a mental state that takes a person to a level where he/she does not realise what boundaries he/she has crossed by playing with his/her own life. We must consider that there could be many reasons for people to take such a horrifying step, such as socio-economic conditions, family ignorance or scant support from loved ones. It could also be due to not achieving targeted goals. There could also be medical conditions that lead to suicide, so people should always consult a doctor before discontinuing or taking prescribed medication.”
In addition, Anuya Phule, a clinical psychotherapist at Hatat Polyclinic, said that the base cause of suicide was long-term depression brought about by a host of causes, including financial and family issues.
“Workers who come from a struggling economic class have a high suicide rate because there could be debts they have back home, and here they often work in isolation,” she said.
“This causes a state of depression and anxiety, as well as a feeling of isolation from family and financial pressure brought on due to debts. These are the concerns faced by those from a lower economic class. We also find adults who are doing economically well, but are struggling with ongoing relationships that don’t work out.”
Phule added: “This leads to them feeling unworthy and unloved because their family ties are not strong. Substance abuse is also high among those who attempt suicide, but the basis of all this is depression. Social structure forms a good support against suicidal thoughts. It is important to connect with someone and talk it out, but when you keep yourself isolated, the thoughts might become more dark and intense and lack clarity.”
She added that people who commit suicide placed a tremendous burden on their families.
“The families of those who commit suicide—a wife and children, siblings and parents—are left with immense guilt,” revealed Phule.
“They ask themselves how they could not have known about this and they feel like they have failed you. They wonder why you didn’t share your problems with them. They are left with indefinite grief because they don’t know why you committed suicide. For most, committing suicide is a process, so when you start feeling very low for more than a month, and you feel life is not worth living, that is when you should go and talk to someone. Your life is worth more than just the money you send.”
However, suicide is also largely preventable, according to Dr. Oleg Chestnov, Assistant Director-General for Non-Communicable Diseases and Mental Health at WHO, which has put in place a Mental Action Plan from 2013 to 2020.
“Suicide impacts the most vulnerable of the world’s population and places a larger burden on low- and middle-income countries, which are often ill-equipped to meet the general and mental health needs of their people,” he said.
“Services are scarce and when they do exist, they are difficult to access and are under-resourced. Access to appropriate services and help is essential to the health and wellbeing of workers.
“While factors contributing to suicide can vary among specific demographic and population groups, the most vulnerable, such as the young, the elderly and the socially isolated, are in the greatest need of suicide prevention efforts,” added Chestnov.
“It is important to address the specific underlying causes of suicide and develop action plans to suit each country and its community.”