Temporary tents being set up for homeless people in Pakistan 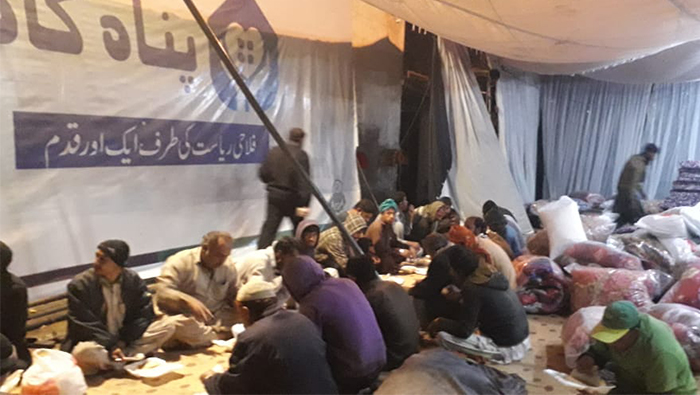 Muscat: Temporary tents are being set up for homeless people in the second most populous city of Pakistan, Lahore on Saturday.
This move comes after Pakistan's Prime Minister Imran Khan, asked the Chief Minister of Punjab, the second largest province in the country by area, to make temporary arrangements for those sleeping on footpaths until shelters are built.
“I have asked CM Punjab to set up tents for people sleeping on footpaths and provide them food until the Panah Gahs (shelters) are built, as the weather is turning increasingly cold,” Khan announced on Twitter.
He added that the same is being done in Peshawar, a city in the province of Khyber Pakhtunkhwa and Karachi in the province of Sindh.