One dead as tropical depression batters the Philippines 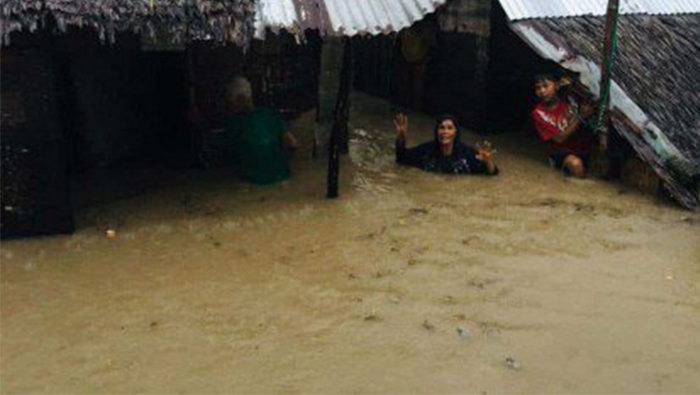 Muscat: One person was found dead and thousands have been displaced by a tropical depression that is currently battering communities on the Filipino island of Samar.
Floodwaters brought about by Tropical Depression Samuel have caused floods, resulting in mass evacuations and submerged villages.
Residents of Magsaysay village in northern Samar found the body of fellow resident Ronel Quinal. He went missing late Tuesday afternoon when raging waters swept him away.
Areas where mass evacuation were conducted include the towns of San Roque, Mapanas, Pambujan,and Lope de Vega according to reports received by the office of Civil Defence in Philippines.
Flooding also displaced thousands of families in the towns of Arteche, Guiuan, and Sulat.
Meanwhile in Northern Samar, villages in the interior have been isolated by mudslides.
The Phillipine National Police reported that at least 1,868 Luzon-bound travelers were stranded in ports in Northern Samar province.

With inputs from Philippines News Agency