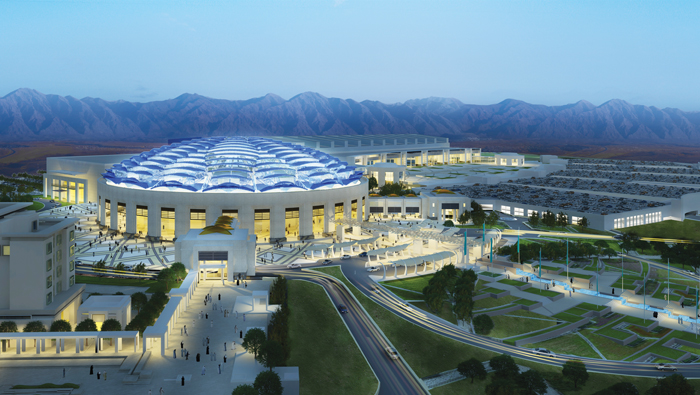 Muscat: Oman is the first choice among businessmen and entities seeking to engage in conferences because of its security and safe political climate.
MICE (meetings, incentives, exhibition, and conferences) boosts the tourism sector because of the high revenue associated with this type of tourism.
This is a victory for the Oman Convention Bureau, which was formed in 2016 in order to pave the way for this kind of tourism and to bring the name “Oman” to the forefront of choices among businesses and conventions.
The Ministry of Tourism said in a statement, “The Sultanate’s security, political stability, and infrastructure have made it the first choice for MICE tourism.”
Khalid bin Al Waleed Al Zadjali, Director of Oman Convention Bureau, said, “Oman will host the International Medical Conference for Atherosclerosis in 2024, the first country in the Middle East to host such an event.”
The statement added, “At present, the Oman Convention Bureau is focusing on specific markets. Besides GCC, Britain, France, and Germany, it is also focusing on India. It has contributed to attracting five international conferences since its establishment two and a half years ago. It has also attracted many incentive tourism groups.”
“The importance of incentive and conference tourism is not due to its size in the tourism sector, but rather because of the revenue expected from it. The revenues from MICE will be higher as the number of its visitors is higher. For example, when an agency organises the travel of a large number of people, it involves higher spending in hotels, on food, and transport compared to an individual tourist’s expense,” Al Zadjali added.
According to Al Zadjali, the bureau has three primary roles: Coordination between organisations, developing the sector through training programmes, and marketing the sector.