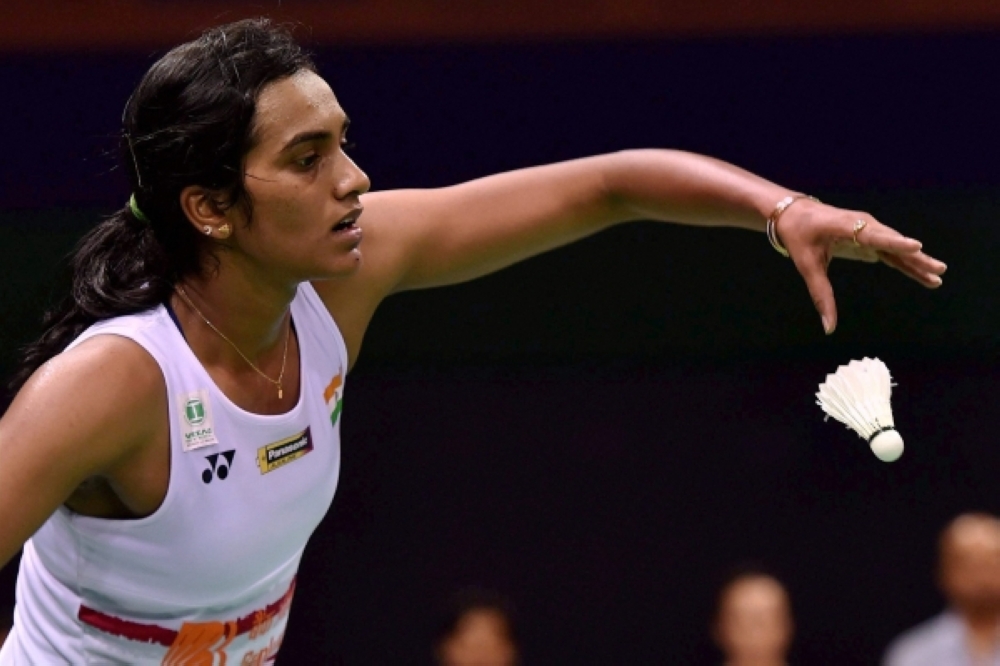 Hong Kong, China: Indian badminton star P.V. Sindhu set her sights on reaching world number one after she shook off opening-match nerves to reach the last 16 at the Hong Kong Open on Wednesday.
Last year's runner-up and current world number three needed a mid-match pep talk from her coaches before beating Thailand's Nitchaon Jindapol 21-15, 13-21, 21-17.
Afterwards Sindhu, who has become one of the world's highest paid female athletes since winning Olympic silver in 2016, told AFP she had her eye on the number one spot.
"It's not going to be easy because there are some players who are coming up. But definitely one day I will be world number one, that's what I feel," said Sindhu, who was briefly ranked second last month.
"The top 10 to 15 players of the world are in the same standard, so it's just on the day who plays well and gives their best is the number one."
Sindhu, 23, narrowly lost the 2017 Hong Kong final to Taiwan's world number one Tai Tzu-ying, who has dominated the rankings over the past two seasons.
The Indian player has had a string of disappointments since, losing five straight finals including at the Asian Games against Tai.
Sindhu's last victory against Tai was at the Rio Olympics, en route to the silver medal which brought a flood of endorsements. In August, Forbes magazine rated her as the world's seventh highest paid sportswoman.
'Not up to the mark'
She said her elevation and high profile had inspired other players in India, and had also raised expectations about her performances.
"A lot of them have been taking me for inspiration, and there are also a lot of expectations now after this year especially. So to meet their expectations I need to be there and and I need to keep working hard," she said.
"Definitely I think Indian badminton as a sport is growing up and you see a lot of people are picking up badminton so it's a good sign for Indian badminton I can say, because in a couple of years you will definitely see a lot more players coming up."
Sindhu looked set to make quick work of her opening match Wednesday, breaking away from Nitchaon in the first game.
But she began to falter soon afterwards as Nitchaon's powerful smashes battered her into submission in the second game.
However, a pep talk in the last interval saw Sindhu claw back the decider, after the Thai fired long on several crucial points.
"I think I was not up to the mark," Sindhu said.
"I was very nervous. In the second set I gave a lot of lead and started playing negative, and in the third set it was like I was leading and then she came back closer.
"I could have just played freely... Overall it was very tactical and we had to be very focused and keep the shuttle in the court."
Meanwhile, fourth seed Chen Yufei crashed out of the tournament 21-14, 10-21, 20-22 after surrendering her early advantage against 24th-ranked Pornpawee Chochuwong.
Chen's first loss to the Thai in six encounters was overshadowed by a vocal match on the next court, where men's double sixth seeds Kim Astrup and Anders Rasmussen fought off a spirited challenge from Lu Ching Yao and Yang Po Han.
The energetic Taiwanese duo earned the crowd's favour against the Danes, who recovered from a drawn out first game loss to triumph 28-30, 21-19, 21-16 in 76 minutes.