Panelists discuss steps to boost ease of business in Oman 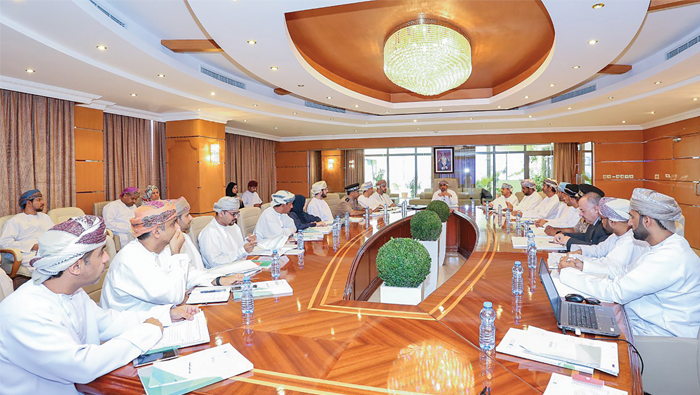 Muscat: The National Office for Competitiveness in cooperation with Government Communication Centre organised yesterday a panel discussion on the Sultanate’s score at the ease of doing business report 2019; which is one of the important international indices monitored by the Centre.
The meeting, which was held at the National Centre for Statistics and Information (NCSI)’s building under the chair of Dr. Khalifa bin Abdullah Al Barwani, member of the National Commission for Competitiveness in the presence of 17 public organisations discussed the challenges facing the improvement in the ranking of the Sultanate in the ease of doing business index.
The meeting also discussed the initiatives and procedures which may contribute to improving the Sultanate’s ranking in this index in light of the priority attached by the government to improve business environment in the Sultanate.
The index published by the World Bank annually measures the systems which either enhance or hamper business.
The report provides a number of indices on the systems which affect 11 fields of business environment and intellectual property protection.
Comparisons are made among 190 world economies.
The report includes the systems which affect the ease of doing business in ten stages namely starting business activity, getting building permits & electricity, ownership registration, getting credit, investor protection and tax payment.
It also includes cross border trade, implementation of contracts and settlement of the insolvency cases.
The National Office for Competitiveness in cooperation with Government Communication Centre held a meeting with media, social networks activists and entrepreneurs to enhance communication with the different sectors of society and raise awareness of the efforts made to improve the Sultanate’s ranking in international indices.
Meanwhile, Eng. Ahmed bin Hassan Al Dheeb, Undersecretary of the Ministry of Commerce and Industry pointed out in a statement that the Sultanate jumped 14 notches and topped a number of indices at the World Competitiveness Report 2018 due to the procedures made by the government to simplify and facilitate starting business and re-structuring the doing business procedures through ‘Invest Easy’ portal. He added that ‘submitting an evidence of capital before registration has been cancelled, in addition to cancelling articles 5 and 11 of the Commercial Agency Law.
Moreover, the procedures for registering trade marks were simplified and companies now can practice more than 400 businesses without the need to get a licence.
If the licence needs the approval of other organizations, the Commercial Registration will be issued and the license will be put on hold till receiving the approval.
He affirmed that the Sultanate’s ranking 1st on the Arab level and 17th on the world level in intellectual property at the World Competitiveness Report 2018 is due to the intellectual property law and international conventions.
He noted that the Sultanate came 2nd on the GCC level and 37th on the world level at the starting business report in the Ease of Doing Business Index 2019. Work is underway at a number of initiatives to improve the Sultanate’s ranking including the imitative to develop a road map for ‘Invest Easy’ system, amending the commercial companies law and foreign capital investment law and promulgating insolvency and bankruptcy law.