Spare a thought for less fortunate this Diwali 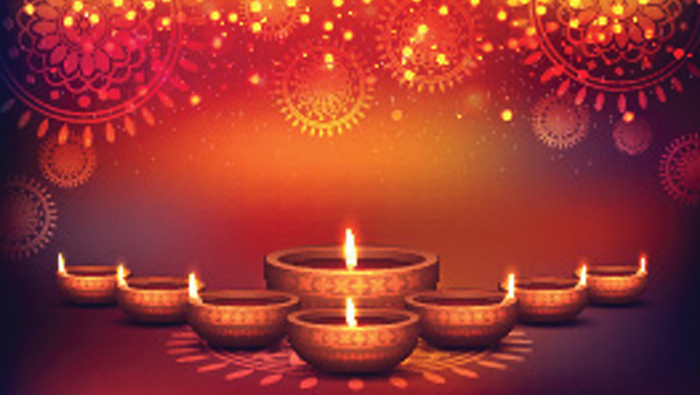 Muscat: An Indian community leader in Oman has asked people to think of those less fortunate this Diwali.
Although signs of austerity in the Sultanate are beginning to lift, Indian expats are still hesitant of spending on lavish celebrations, but Karunakar Rao, Convener of the Indian Social Club’s Karnataka Wing, has asked people to include those who are unable to afford their own celebration this year.
“I speak here of those who are financially backward and maybe unable to celebrate, we should see that they also get something this Diwali. People are now conservative and they are not spending as much money as they used to, but the celebrations are going on,” he added.
Ali Asghar Wajihi, owner of Bombay Sweets, the country’s oldest and largest manufacturer of Indian sweets, which has been in Oman for more than 25 years, was also hoping the festival would boost sales.
“To be honest, there is a ray of hope visible, for the past three or four months, maybe because of the recovery of oil prices, so there are some signs of improvement,” he said.“We are hoping that our orders will be satisfied if we make as much as we did last year, although it was a big decline.”
“We have prepared around two or three tonnes this year as well, and we are ready for any last minute orders; in case there is a sudden demand for sweets around Diwali, then we can add another one or one and a half tonnes to production numbers,” added Wajihi.“
"In terms of tonnes, last year, we sold approximately three to four tonnes during Diwali, and it declined in 2016, because we’ve suffered a decline since 2015. There was a big decline in 2017 and we are hoping that we can at least be on par with 2017.”
The economic crunch meant that Wajihi has had to scale back production, due to a lack of demand among his customers.
“We are at half of our production numbers, I would say we are 40 to 45 per cent down, compared to 2015 and 2016,” he admitted.
“The growing expenses these days in the form of petrol prices and operational expenses are increasing, but on the other hand, your bottom line is really hit. It is a challenge to run the show.”
“There are all these renovated shops with the latest standards but there are no tenants. It is difficult now to decide whether to buy or not to buy,” he added.
“But I think that because of the improvement in the oil prices, things will pick up. Diwali is an auspicious occasion, so people may choose to break their fear of spending. My message to them is to come out of the block and hope for the best.”
Dr Anchan CK, an investment advisor and economist in the country, added that Diwali was a time to think about how to live one’s life best.
“Diwali is a good time to ruminate on life lessons, it’s in our culture,” he said.“It’s always lovely to know that people are still devoted to their traditions and celebrate them. In fact, festivals such as Diwali are like umbilical cords, bonding Indian origin people with their mother country. One can feel festive as one drives by houses lit with lamps and lights.”
“Indians are the world’s biggest consumers of gold, accounting for 97.9 tonnes of gold jewellery or 22 per cent of the world total,” added Anchan.
“Gold jewellers will feel the positive effect of Diwali because women throng jewellery outlets to try out new designs or modernise their old jewellery. People buy jewellery on this day because it is considered auspicious and adds to their wealth.”