Do Not Resuscitate: Govt framing new policy for Oman 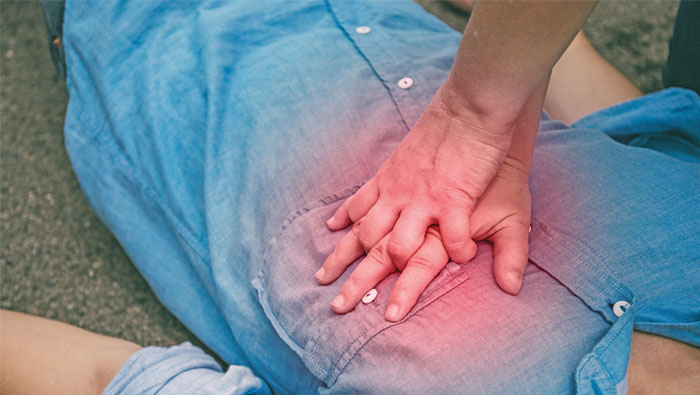 Muscat: Oman will soon have a national document with guidelines for cases where patients are not to be resuscitated if their heartbeat ceases or they stop breathing.
These efforts come from the Ministry of Health (MoH) in order to ethically avoid causing more harm to patients who cannot be fully revived. It is considered an act of compassion by medical doctors.
The Ministry of Health (MoH) said exclusively to Times of Oman, “The National Biologic Ethics Committee worked with the MoH in creating a comprehensive national document for Do Not Resuscitate (DNR) orders, which will soon be released.”
DNR is a procedure put in place for cases in which performing CPR on a person can revive his/her heartbeat but, sadly, not bring him/her to a responsive state, or for cases in which the patient is further harmed by CPR. In these cases, if the patient stops breathing, medics are instructed not to intervene.
During a talk recently, Dr. Dimitrije Ponomarev, formerly a senior consultant of Acute Medicine at Royal Hospital, spoke about the ethics of DNR orders. “DNR definitely does not mean non-treatment. We are talking about things such as chest compression and other such treatments,” he added.
“A doctor with ample experience said that only 10 per cent of patients that undergo CPR make it out alive. There are other statistics that say that 15 per cent of patients who undergo CPR in the hospital will survive to leave it, while that number drops to 5 per cent outside the hospital.”
According to the doctor, DNR does not mean abandoning the patient entirely, and work must be carried out with compassion.
The ministry added, “DNR is a medical decision where the physician sees that medical intervention cannot aid the patient, but can instead harm him or her. These decisions are taken after discussions with the patient or his or her family, and most hospitals currently have their own guidelines and protocols for the procedure.”
According to the results of a study published in the SQU medical journal, carried out on 50 cardiac arrest patients by Dr. Akhwand S. Ahmad among others, “Two-thirds of the potential DNR candidates were over 60 years old. Eight patients (16 per cent) were in a vegetative state, 39 (78 per cent) had an irreversible terminal illness and 43 (86 per cent) had a low likelihood of successful CPR.
Most patients (72 per cent) met multiple criteria for DNR eligibility.
The study added, “Initial CPR was unsuccessful in 30 patients (60 per cent), the remaining 20 patients (40 per cent) were initially resuscitated but subsequently died, with 70 per cent dying within 24 hours.”