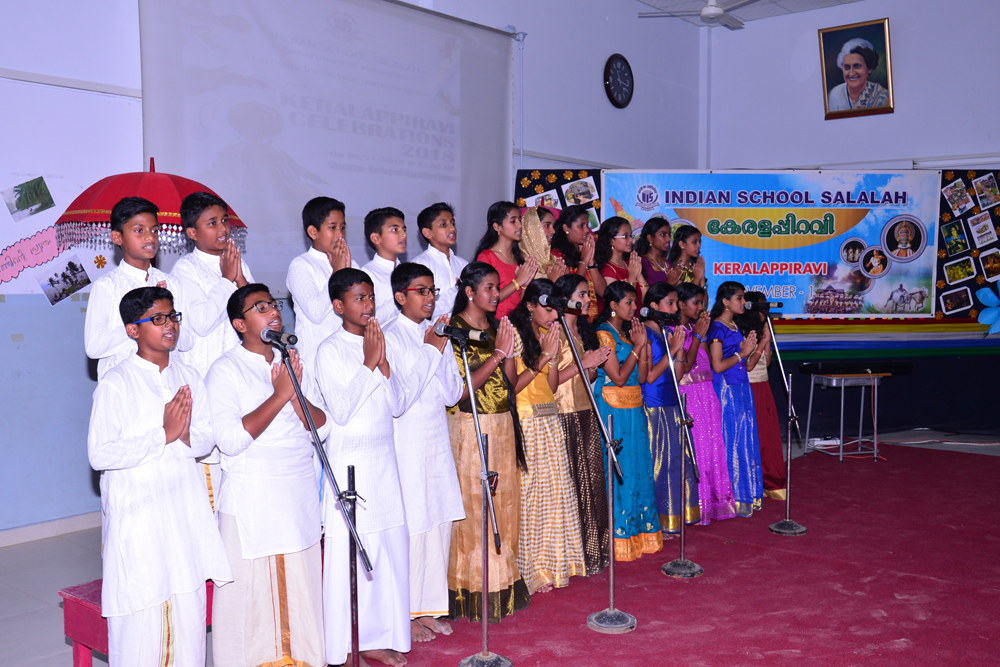 Muscat: Indian School Salalah celebrated the 62nd anniversary of Kerala’s state formation day — 'Kerala Piravi' — on 5 November, 2018.
The Malayalam department organised dances and skits in accordance with the tradition and culture of the Indian state.
Students in traditional Kerala attire put up a colourful display of cultural extravaganza. The dance performance by the students of class X to the medley of songs sung by their friends enthralled the audience. The fusion of Tiruvathira Kali and Maargam Kali, the graceful movements of thematic semi classical dance and the vibrant Oppana (a form of social entertainment in Kerala) left the audience spell bound.
The documentary “Namukorumikkam” on the devastating flood that hit Kerala left the crowd feeling emotional.
Shihabuddin Poythumkadavu, a versatile writer, journalist and poet, who was honoured with the Kerala Sahitya Academy Award in 2007 presided over the function as the chief guest. The occasion was graced by Mr. Vinay Kumar C, Convener and Dr. K. A Nishthar among other officials from the school management.