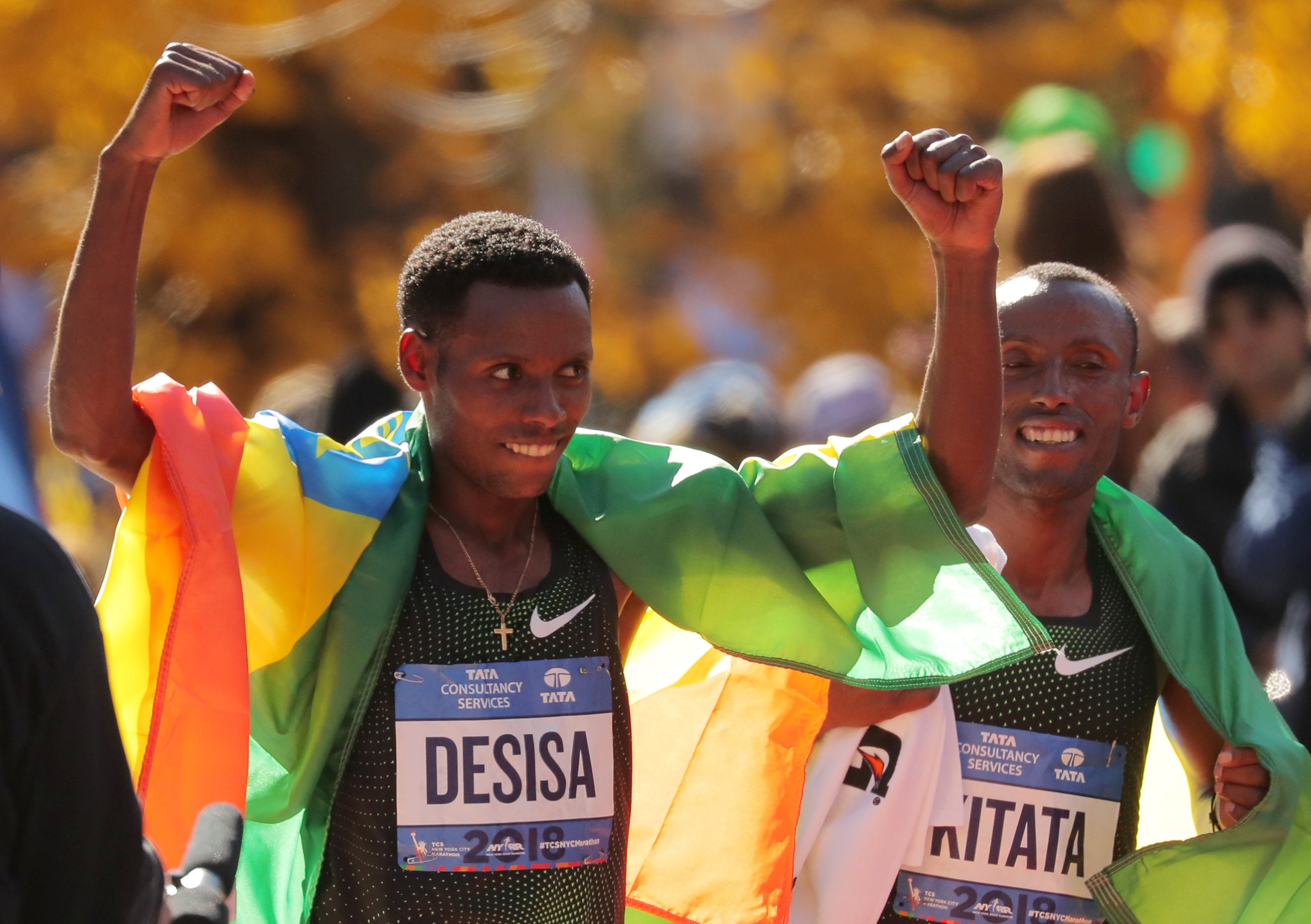 NEW YORK CITY: Ethiopian Lelisa Desisa used a powerful surge to win his first New York City Marathon in five tries and Kenya's Mary Keitany claimed a fourth women's crown with a dominant victory on Sunday.
Desisa finally made it to the top of the podium with a strong closing mile to win in an unofficial two hours, five minutes and 59 seconds as he and fellow Ethiopian Shura Kitata (2:06:01) passed defending champion Geoffrey Kamworor, who finished third in 2:06:26.
"Today is my day. I am very, very happy," said Desisa, a two-time Boston Marathon winner who had finished second in New York in 2014 and third in 2015 and 2017.
"I (was) thinking this year to be a champion," Desisa said. "I'm very thirsty to be the champion. I've been second. I've been third. This year I decided to be champion because I had the training."
Kitata, 22, led much of the race before Kamworor moved in front of the Ethiopians around the 23rd mile.
But his African challengers were not done with Desisa holding off Kitata in the final mile.
Keitany, second to American Shalane Flanagan in 2017 after three New York victories, returned to the top with a runaway performance. The 36-year-old won by more than three minutes in 2:22:48. "Last year I was second but I did not give up," said Keitany, who returned home to train. "I worked very hard for the victory.
She had won in 2014, 2015 and 2016 before Flanagan ended the streak. London champion and fellow Kenyan Vivian Cheruiyot was a distant second in 2:26:02 as Flanagan closed to third in 2:26:22 in what may have been her last competitive marathon.
"It's such an honour being the defending champion," Flanagan said. "I could not pass coming back."
Molly Huddle was fourth in 2:26:44 and Boston Marathon winner Des Linden sixth (2:27:51) in a solid showing by American women.
American Daniel Romanchuk surprised three-time champion Marcel Hug of Switzerland for an historic men's wheelchair win.
The 20-year-old Romanchuk became the youngest New York winner and the first American champion in clocking an unofficial 1:36:21 to nip Hug by one second.
The title was the second major win for Romanchuk, who also won Chicago in October.
Swiss Manuela Schar defended her women's title, overtaking American Tatyana McFadden for the victory in 1:50.27. McFadden clocked 1:50:48.