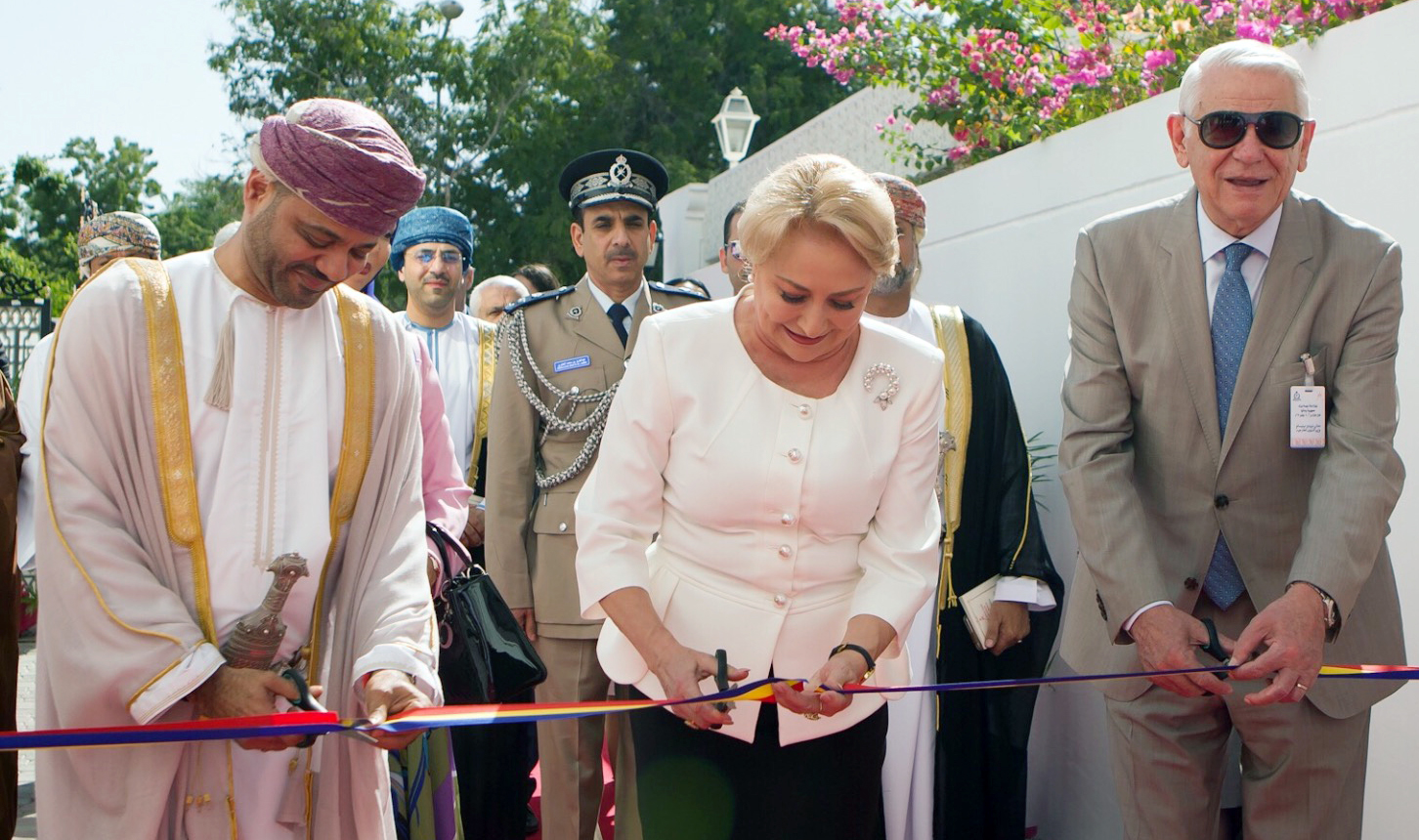 Muscat: Viorica Dancila, Romanian Prime Minister opened in Muscat on Monday the Embassy of the Republic of Romania, within the framework of her official visit to the Sultanate.

Sayyid Badr bin Hamad bin Hamoud Al Busaidi, Secretary General of the Foreign Ministry said that the opening of the Romanian Embassy in Muscat is a result of the visit of the Romanian Prime Minister to the Sultanate.

He added that the bilateral agreement on mutual visa exemption for holders of official passports between the two countries was signed today.

He pointed out that the visit will be followed by mutual visits and activities at high levels between the two countries on various sectors of common interest, especially in the fields of cooperation, culture, trade, economy, tourism and education.

He added that meetings will also be held at the level of businessmen in both countries to exchange ideas and develop knowledge about investment and industrial opportunities available for both sides. The Secretary General of the Foreign Ministry further said that in the field of activating tourism programmes, tourism is open in various fields to businessmen and the private sector.

He affirmed the interest in this kind of cooperation and that the upcoming period would witness significant activities within the framework of the bilateral relations between the two countries.