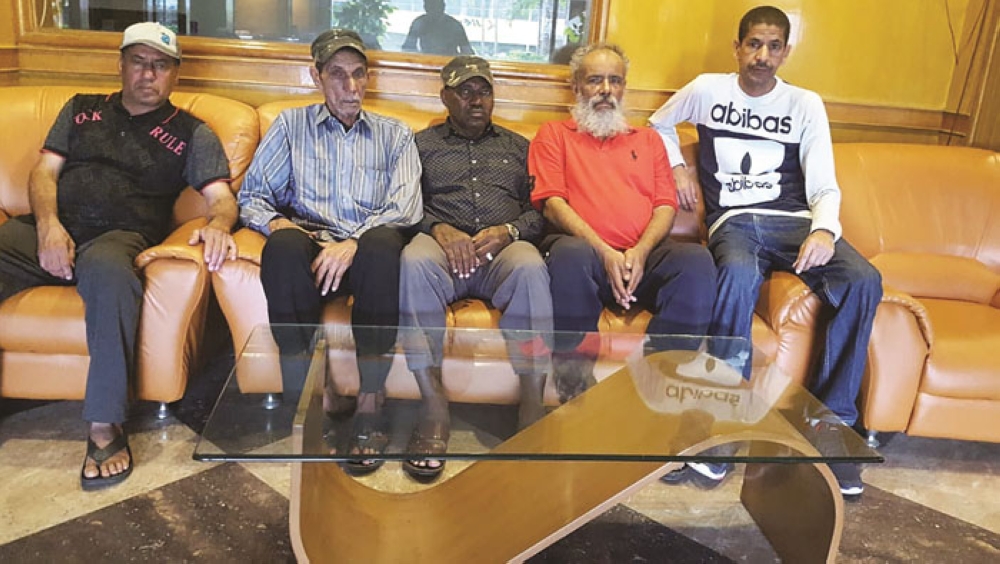 Muscat: Sheikh Hamad Bin Saif Al Rawahi, Oman's Ambassador to India has released a statement on the impending return of the five Omanis who were arrested in India after being accused of attempting to marry underage girls.
Ambassador Al Rawahi said: "As the five Omani citizens leave to the Sultanate after the accusations against them for marrying underaged women, and obtaining their acquittal from the charge attributed to them, we acknowledge the psychological and social conditions they experienced. And we thank God that the case was closed and the individuals have returned to the homeland with their innocence.
"We must thank the government for their support of the citizens, which was a step in line with the developments of the issue and the circumstances surrounding it. We must also not forget the position of our brothers in the Indian Ministry of Foreign Affairs and other concerned parties that made concrete efforts in the process of the case in order to close this file."
Al Rawahi added that Oman appreciated the "transparency in the relationship between the authorities in India", and that the "judiciary in India is fully independent".
The ambassador advised Omani nationals travelling to India to keep their paperwork in proper order, and to not liaise with marriage brokers. "We continuously remind the Omani citizens to be cautious when applying for visa, and to make sure that the visa is in accordance with the reason of their travel.
"As for those travelling to marry, they should be very careful not to use brokers. They must obtain all the documents of the wife such as birth certificate and passport before embarking on the completion of the marriage contract."
Al Rawahi also said that citizens could check with the embassy before getting married in India about the procedures that need to be followed, and that the Indian government was cracking down on illegal marriage brokers.