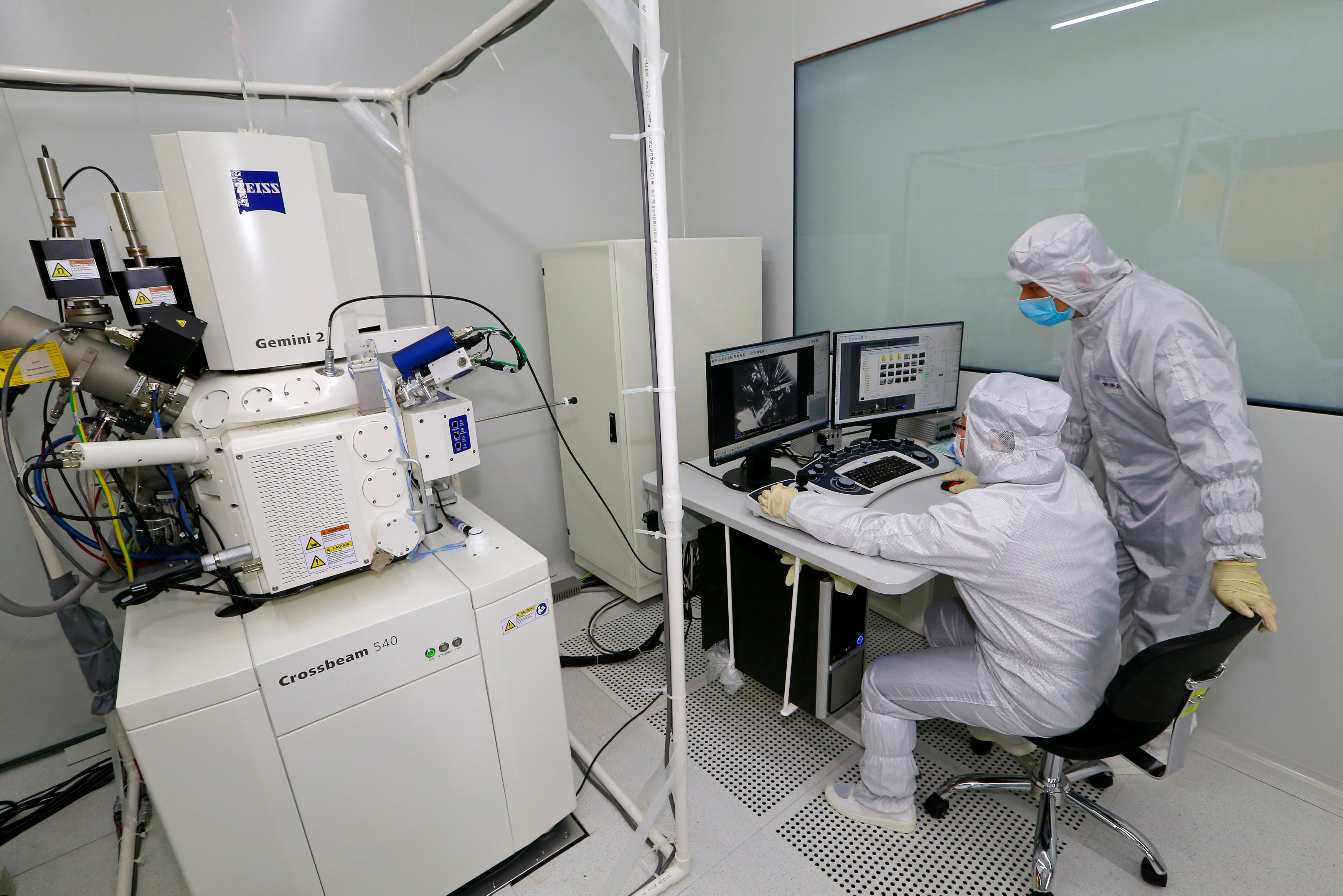 Hong Kong/Beijing: Chinese state-backed semiconductor maker Fujian Jinhua Integrated Circuit Co Ltd billed itself as a national leader in the tech industry. It planned to drive a shift towards locally made chips and end a heavy reliance on imports, especially from the United States.
"The era of Chinese chips has arrived," it said in a recent promotional online pamphlet to attract chip industry talent. Underneath was a picture of a circuit board emblazoned with the Chinese flag.
"China once relied on chip imports, but the tireless work of untold numbers of chip experts has meant that from 90 per cent imports we have been able to attain localised production," it said, highlighting a high-skilled global workforce harking from the United States, Japan and South Korea.
"Jump with us into an chip era that belongs to China."
That bold ambition now faces major hurdles.
The US Justice Department on Thursday indicted Fujian Jinhua and Taiwan-based United Microelectronics Corp (UMC) for industrial espionage.
The indictment said the companies conspired to steal trade secrets from US semiconductor company Micron Technology Inc relating to its research and development of memory storage devices.
Under a technology cooperation agreement signed in 2016, UMC develops memory-related technologies for the Chinese firm.
The charges came after the US Commerce Department banned US companies from selling hardware and software components to the Chinese firm and UMC. The Taiwan firm said shortly afterwards that it will temporarily halt its research and development activities with Fujian.
The Commerce Department action could deal a significant blow to the Chinese semiconductor maker, given its reliance on US supplies, and China's technology ambitions.
On Saturday, Fujian Jinhua said in a statement posted on its website that it had not stolen any technology and that it "always attaches great importance to the protection of intellectual property rights."
Chinese government officials have said privately that Fujian is of high strategic importance to China, which is looking to boost home-grown technology under its "Made in China 2025" plan, a bid to catch up technologically in key areas such as semiconductors, where it has long been reliant on imports - notably from America.
"You can't build a fab (fabrication plant) without US equipment companies. You just cannot do it," said Risto Puhakka, a semiconductor industry expert at VLSI Research.
The world's most important suppliers of the tools needed to make memory chips - Applied Materials Inc, KLA-Tencor Corp, and Lam Research Corp - all hail from the United States.
China imported $270 billion in semiconductors in 2017, more than its total imports of crude oil, highlighting the country's lack of a true rival to US chip making giants like Micron, Intel Corp or Qualcomm Inc.
To close the gap, analysts said earlier this year money was "raining down" from Beijing and state-backed funds, like the country's state chip "Big Fund", to support firms such as Fujian Jinhua.
The Chinese firm has been working to open a giant $5.7 billion chip factory in October to produce 60,000 semiconductor wafers per month in its first stage of production, and 120,000 in its second stage, according to domestic media.
Fujian is just one of a handful of Chinese semiconductor firms that have in recent years looked to crack the global chip industry. They are working on chips that can be used in smartphones to missile guidance systems.
Two officials at a state-linked semiconductor fund said Fujian Jinhua was working with highly specialised semiconductor materials to make circuits, a high priority for Beijing and the country's chip fund.
"You could consider Fujian Jinhua a top three China chip company in terms of their research and development," one of the people said. Both asked not to be identified because they were not authorised to speak publicly on the matter.
Fujian Jinhua was established in 2016 with funding from state-owned Fujian Electronics & Information Co and Jinjiang Energy Investment Co..
Other backers include municipal governments from the southern cities of Quanzhou and Jinjiang. Fujian Jinhua's former board chairman served as a provincial-level party secretary.
The firm's focus was to become a manufacturing leader in DRAM, or dynamic random access memory, a chip commonly used in personal computers, workstations and servers. The sector has been long dominated by US firm Micron and South Korea's SK Hynix Inc and Samsung Electronics.
"Once completed, the project will fill the gap in the field of DRAM memory in China," the company said in a news post last year. It added the factory had been included in a list of the country's top engineering projects supported by the state.
"In the information age, integrated circuits have been a strategic basic industry for China," it wrote. "Future prospects are bright."