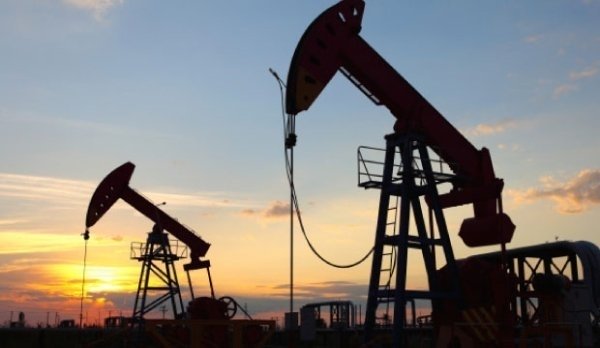 Doha: Saudi Arabia and Russia have approved a deal to freeze crude output until Oct. 1 at January levels and other producers are expected to do so, Mohammed Al Rumhy, Oman’s oil minister, said in an interview in Doha.
At least 16 nations representing about half the world’s oil output are gathering on Sunday in the Qatari capital to discuss the proposal, aimed at stabilising the oil market. Prior to the meeting, Saudi Arabia’s Deputy Crown Prince said the nation wouldn’t agree to restrain its production unless other producers, including Iran, agree to freeze. Iran decided not to attend the meeting.
The comments from the world’s largest oil exporter cast doubt on the outcome of Sunday’s summit. Crude oil has rallied more than 30 per cent since an agreement was first mooted in February. If the group were to fail to reach an agreement it would lead to a “severe” drop in prices, Citigroup Inc. predicted before the meeting.
Everybody is “optimistic” Kuwait’s Acting Oil Minister Anas Al Saleh said before the meeting, adding that a deal would “hopefully happen.”
Saudi position
Saudi Arabia, the world’s biggest crude exporter, would cap its market share at about 10.3 million to 10.4 million barrels a day, if other producers agreed to the freeze, Prince Mohammed bin Salman said during an interview April 14 at King Salman’s private farm in Diriyah. Iran’s oil minister, BijanNamdarZanganeh, said on Saturday he won’t attend the Doha talks and won’t be a signatory to any deal as it would amount to self-imposed sanctions on the country which is restoring crude production after the removal of a ban on its shipments.
“If all major producers don’t freeze production, we will not freeze production,” said Prince Mohammed, 30, who has emerged as Saudi Arabia’s leading economic force. “If we don’t freeze, then we will sell at any opportunity we get.”
Russian outlook
The freeze agreement has no enforcement mechanism, Oman’s Al Rumhy said, though he said he expects everyone to stick to it. The pact is open for other producers to join, he said.
A Russian official said on Saturday that it was possible to reach a deal, regardless of Iran whose crude shipments have risen by more than 600,000 barrels a day this month. That increase has added to the pressure on producer nations to reach an agreement to prop up prices as economies from Venezuela to Nigeria reel from the market rout.
No show
“A no-show by the Iranians is actually positive for the Doha talks as all know that they wouldn’t agree at this stage,” said John Sfakianakis, director of economics research at the Gulf Research Centre. “A deal can be reached even if Iran for now is absent. The sentiment is still positive as global supply is falling. The Iranian participation issue is not significant and will be reconsidered down the road. There is enough momentum with the rest of the members now.”
The meeting in Doha is only relevant if no deal is reached, prompting a sharp sell-off in the markets, according to Ed Morse, head of commodities research at Citigroup.
The recent rebound in oil futures suggests that the 20-month sell-off could be hitting a bottom, amid efforts to reduce the supply glut, Opec Secretary General Abdulla El-Badri said in a statement posted on Saturday on the website of the International Monetary Fund.
Credit ratings
The credit ratings of more than 10 oil-producing nations in the developing world were placed on review in March for a downgrade by Moody’s Investors Service, which cited the shock of depressed prices on these economies. The list includes Russia, Kazakhstan, Nigeria, Angola, Gabon and five of the six Gulf Cooperation Council (GCC) nations — Kuwait, Saudi Arabia, the United Arab Emirates, Bahrain, and Qatar, according to Moody’s.
Saudi Arabia’s creditworthiness was downgraded by Fitch Ratings after the plunge in oil prices. The kingdom’s rating was lowered one level to AA-, the fourth-highest investment grade, the ratings company said on April 12. It maintained a negative outlook for the credit, signaling the possibility of more downgrades.
Others’ battle
“If prices went up to $60 or $70, that would be a strong factor to push forward the wheel of development,” Prince Mohammed said. “But this battle is not my battle. It’s the battle of others who are suffering from low oil prices.”
Prince Mohammed also said that Saudi Arabia isn’t concerned because “we have our own programs that don’t need high oil prices.”
The prince also outlined the amount of spare capacity that the kingdom could bring to the market, underlining its pivotal role in global oil markets.
Saudi Arabia could increase output to 11.5 million barrels a day immediately and go to 12.5 million in six to nine months "if we wanted to," Prince Mohammed bin Salman, who is also chairman of the Supreme Council of Saudi Arabian Oil Co., said in an interview on Thursday. The country pumped 10.2 million barrels a day last month, according to data compiled by Bloomberg.
Brent crude settled at $43.10 a barrel Friday in London, having rebounded by more than 50 per cent from a 12-year low in January.
After Opec abandoned its efforts to boost oil prices in November 2014, focusing instead on protecting its market share, Saudi Arabia increased production to an all-time high of more than 10.5 million barrels a day, saying that customers were asking for more crude.
The meeting of oil producers in Doha follows a gathering in February between Saudi Arabia, Qatar, Russia and Venezuela in which the quartet tentatively agreed to cap their production at January’s level.