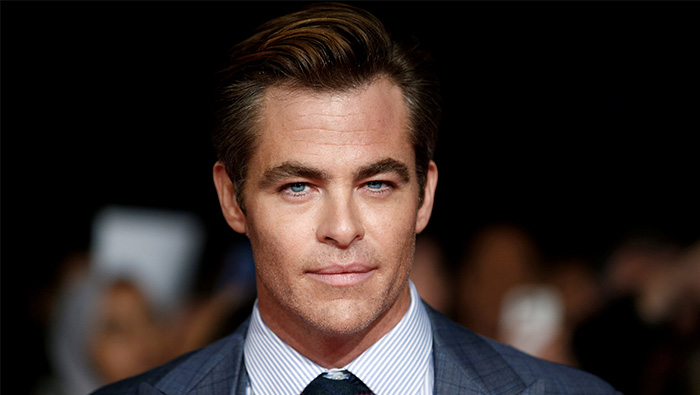 London: "Star Trek" actor Chris Pine swaps space for medieval Scotland in Netflix action drama "Outlaw King" in which he plays 14th century rebel warrior Robert the Bruce who fought the English to regain control of his homeland.
The American actor, best known for playing Captain Kirk in the sci-fi saga, dons armour and puts on a Scottish accent for the role, which follows the man deemed an outlaw by the English king as he pursues the bloody quest for independence.
Deemed a national hero in Scotland, Robert the Bruce was King of Scots from 1306 until he died in 1329.
"It's certainly about Scottish independence," Pine told Reuters about the film. "But I think... it's about love, it's about relationships, it's about violence, it's about the cost of the violence, it's about man's will to power and be in power and what one is willing to do to get it."
The historical film, which first premiered at the Toronto Film Festival in September and is released next week, is Netflix's latest major movie offering featuring a Hollywood star.