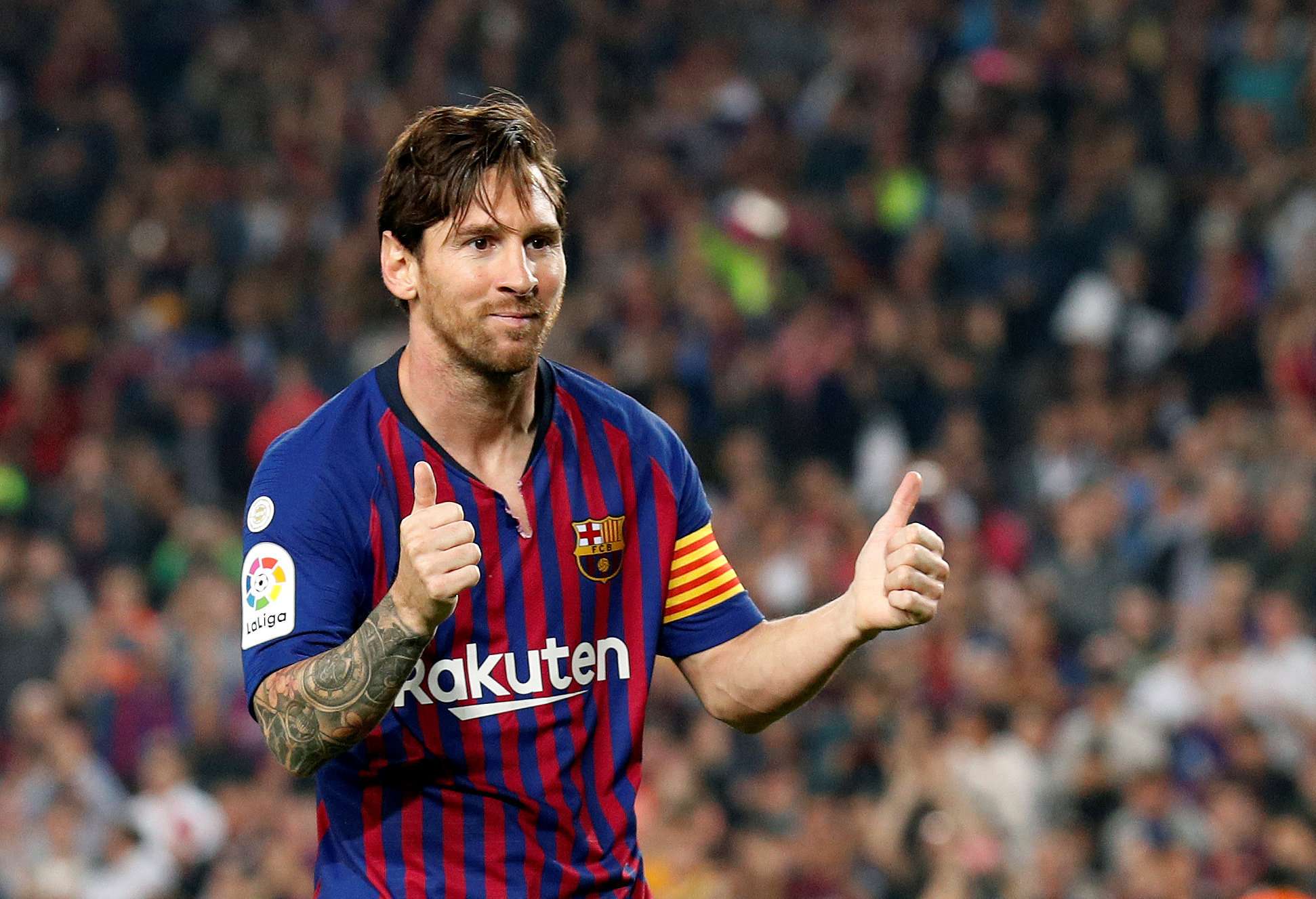 MADRID: Lionel Messi returned to training earlier than expected with Barcelona on Wednesday as the forward continues his recovery from an arm injury which kept him out of the team's wins against Inter Milan and Real Madrid last week.
The Argentine forward was set to miss three weeks after breaking a bone in his right arm on October 20 during a match against Sevilla, but reports in Spain suggest Messi may be available for first-team action quicker than forecast.
Messi, not included in the squad for Barcelona's Copa del Rey game on Wednesday at Cultural Leonesa, is unlikely to feature on Saturday in the La Liga match against Rayo Vallecano.
Barcelona face Inter in the Champions League on November 9 then play Real Betis in La Liga on November 11.
They beat Inter 2-0 at the Nou Camp without Messi last week to go top of Champions League Group B, before thrashing Real Madrid 5-1 on Sunday to go first in La Liga.