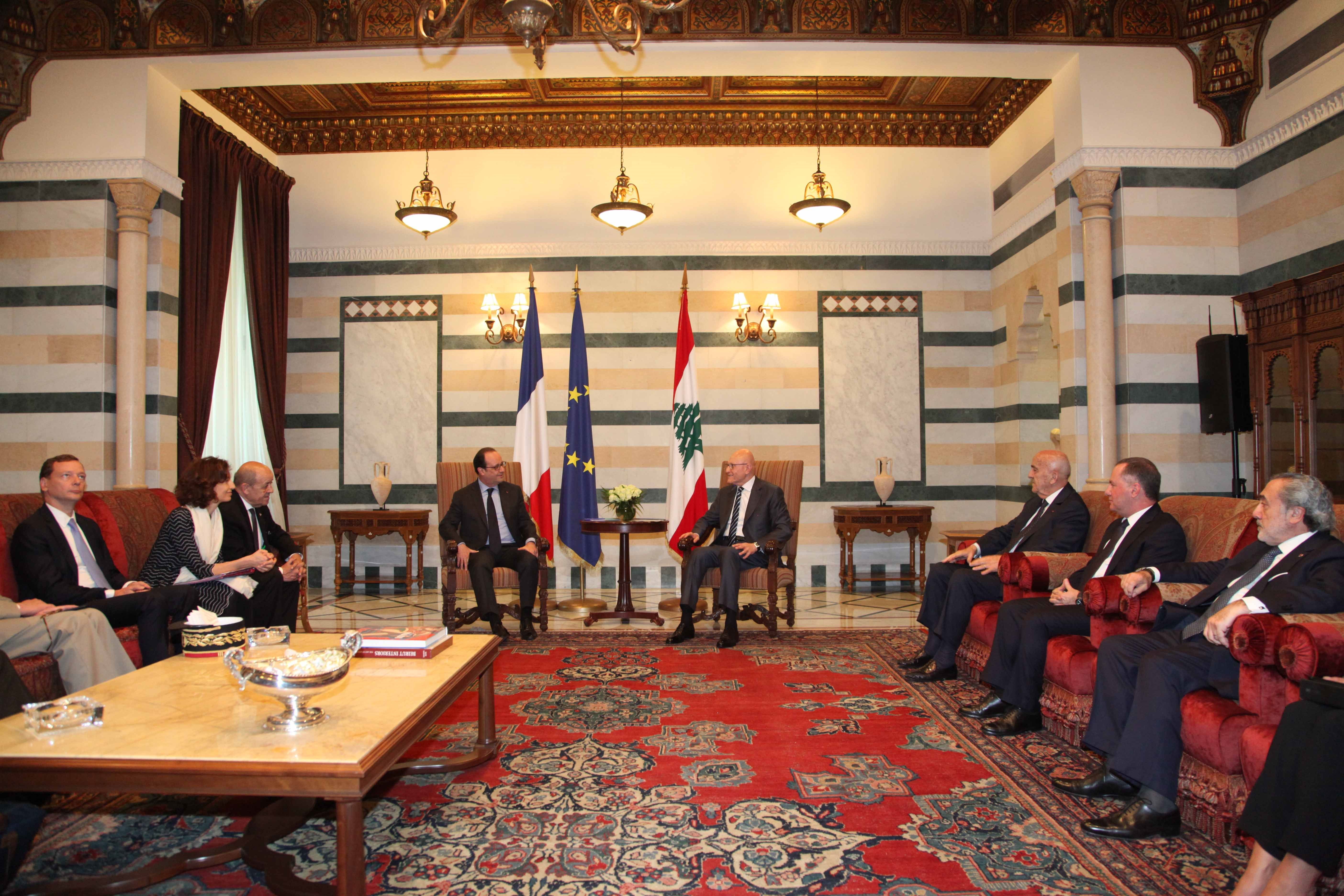 Beirut: President Francois Hollande said on Saturday that France would provide immediate additional military aid to Lebanon, and urged politicians to end a long-running crisis by electing a president as soon as possible.
Hollande also said he had decided to step up assistance for Syrian refugees in Lebanon, giving 50 million euros this year and 100 million euros over the next three years to cope with the crisis.
Lebanon hosts more than 1 million registered Syrian refugees, a quarter of its population.
Hollande's Beirut visit, the first stop on a Middle East tour, came weeks after Saudi Arabia cut $3 billion of military aid to Lebanon, where violence has repeatedly spilled over from the Syrian war since it began in 2011.
"We will work to provide immediate assistance to strengthen the military capability of Lebanon, specifically to combat terrorism but also to confront other threats," he said after meeting Prime Minister Tammam Salam.
He said France's defence minister, who travelled with him, would assess the "material means that can be put at Lebanon's disposal to ensure its security", without giving further details.
The Lebanese military has recently received additional support from both the United States and Britain as it seeks to defend the porous border with Syria.
The army is carefully balanced among the country's sectarian groups and is widely seen as the backbone of the weak Lebanese state.
Saudi Arabia decided to cut aid to the Lebanese army after the Beirut government failed to condemn an attack on Saudi diplomatic missions in Iran in January which was prompted by the Saudi execution of a cleric.
Hezbollah is part of a government grouping all Lebanon's main political parties and headed by Prime Minister Salam.
The government is struggling to take even basic decisions, including over rubbish disposal.
Political rivalries exacerbated by tensions in the wider region have left Lebanon without a president for almost two years.
The position is reserved for a Maronite Christian.
Hollande urged politicians to elect a president as soon as possible, saying it was in the country's and the region's interests to ensure the post was filled."The answer to that is not in my hands. It is up to you to," he said.