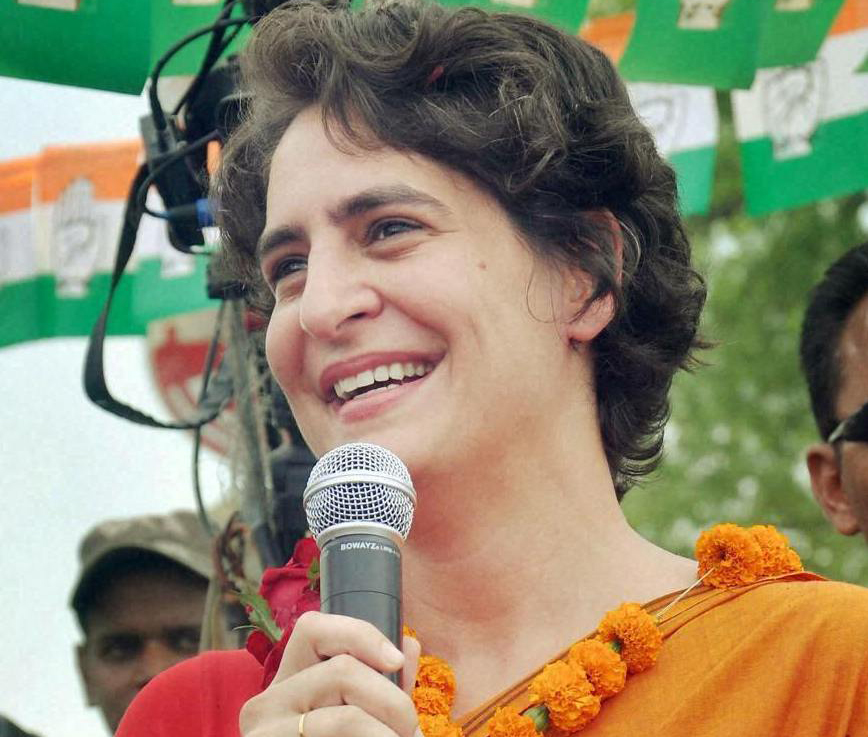 New Delhi: Priyanka Gandhi on Saturday discounted claims that the monthly rent of her government bungalow in Lutyens' Delhi was lowered on her request, asserting that the amount was determined by the then BJP government in 2002 and "was the same as for others" in the category.
A statement issued by her office said that in December 1996, Priyanka, the daughter of Congress chief Sonia Gandhi and an SPG protectee, had rented a private accommodation for her residence but was directed to occupy a government accommodation on security grounds.
"In pursuance of all rules and regulations of the then BJP Government, the market rate/special license fee of Directorate of Estates, has been punctually and regularly paid by her for the entire duration of her occupation of the government accommodation, including the period in question."
"The said rent that she paid was determined by the government and was the same as for others in her category," the statement said, after a report claimed that she managed to convince the Vajpayee government to reduce the monthly rent of her 2,765.18 sqm house in Lutyens' Delhi from Rs53,421 to only Rs 8,888 as it was "beyond her paying capacity".
The BJP on Saturday took a dig at Priyanka over the issue, saying it was "laughable" that she could afford building a bungalow in Himachal Pradesh and travelling abroad but found the rent money prohibitive.
Asked about Priyanka's statement that she paid the rent determined by the then government and same as others in her category, party's National Secretary Shrikant Sharma said it might not be illegal but she sought "concessions" despite being capable of paying the rent.
Without going into specifics as to how much rent she paid, Priyanka in the statement merely said that multiple protectees occupying government accommodation on security grounds brought to the notice of the then BJP Government that a 90 per cent increase, from one month to the next, in the year 2002 from "Market Rate/Special License Fee" to "Damages Rate" was "contrary to prevailing rules and regulations".Insisting that none of the said persons were unauthorised occupants of the premises, and that they were, in fact, "authorised occupants", Priyanka, an SPG protectee, maintained that the "Damages Rate" did not apply to them.
"This error was subsequently corrected by the Cabinet Committee on Accommodation of the then BJP Government pursuant to a letter and a meeting between current BJP M P Ashwini Kumar (Minna) and the then Prime Minister Atal Behari Vajpayee," the statement added.
The media report claimed that on May 7, 2002, Priyanka wrote to the government and said that Rs 53,421 was "too high"
an amount and "beyond her paying capacity". Currently, she pays Rs 31,300 for accommodation in Type VI government house at 35, Lodhi Estate.