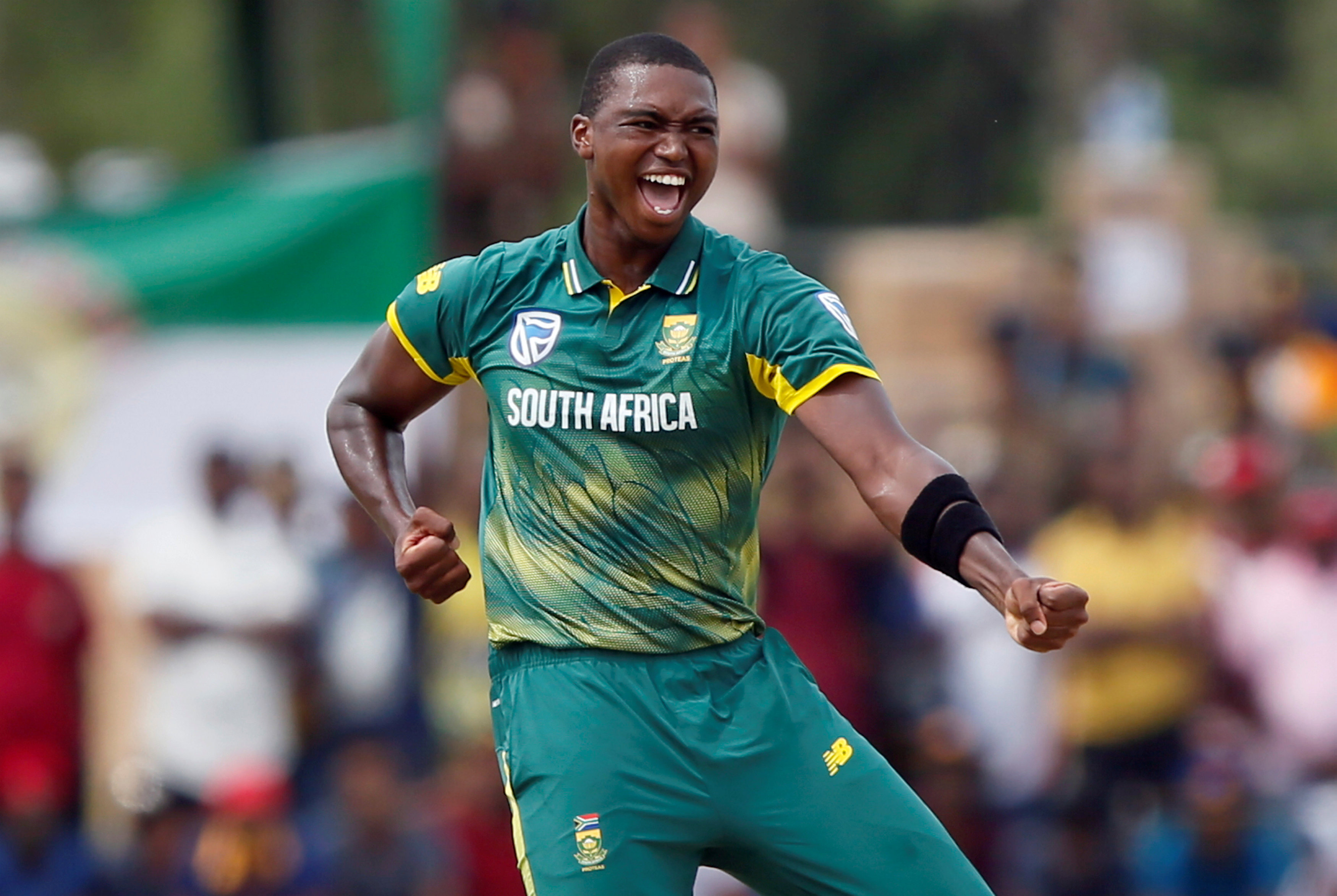 PERTH: Young South Africa speedster Lungi Ngidi has singled out Australia's newly-appointed 50-over captain Aaron Finch as a major threat to his side's chances in the three match one-day international series, which begins in Perth on Sunday.
The 22-year-old has quickly adapted to the rigours of bowling on the international stage since making his South Africa debut in a Twenty20 match against Sri Lanka in January, 2017.
With 22 wickets from his first 10 ODIs at an average of 20.45, and a similarly impressive haul in tests, the Durban-born quick has emerged as one of the team's strike bowlers.
Ngidi believes Australia's batting unit is replete with big hitters, while Finch is particularly 'dangerous' and will provide the tourists with stiff competition upfront.
"They come hard at the bowlers, they're very confident players and that's really exciting to see as a bowler," Ngidi told Reuters in an interview.
"You've always got to be up for the challenge, you know they're not going to back down, they're not going to give you their wickets."
Explosive opening batsman Finch, 31, leads Australia in the shortest Twenty20 format and last week replaced Tim Paine as the leader in the 50-over format. He has scored 11 centuries in 93 ODIs with a strike-rate of over 90.
Speaking after a training session at Optus Stadium - Perth's iconic new 60,000 seat venue where he is likely to play his first international match in Australia - Ngidi said keeping his nerves in check would be a challenge.
"As a youngster coming into the team (a big crowd) can be a little bit intimidating but I'm going to try and keep a level head, try to keep it as cool as possible," he said.
"I'm always excited to play international cricket, I'm always excited to get out on to the pitch... the stadiums, it's a new environment for me, I've never been here. So that would probably be the most nerve-wracking thing for me."
Also exciting the youngster is the prospect of bowling on Australia's renowned fast and bouncy pitches.
"On quick wickets, you've got to be able to have variation as well," Ngidi said while standing on the $1.3 billion stadium's vast outfield.
"So you've got to be able to nail your yorkers, slower balls as well - you've got to be able to use the field as best as possible.
"I can see there's pretty big boundaries here. (You) have to use that as best as you can."
Flying the flag
Earlier this year, when South Africa hosted Australia for a test series - infamously remembered for the ball-tampering scandal which saw Steven Smith, David Warner and Cameron Bancroft suspended by Cricket Australia - Ngidi was competing with the now-retired Morne Morkel for a place in the side.
Ngidi picked up five wickets in the second test against Australia at Port Elizabeth, including the key wicket of Warner. He is aware that short-pitched bowling is going to be a potent weapon on the pitches in Australia.
With the 50-over World Cup scheduled next year, Ngidi recognises that one-dayers have added context now as teams begin to settle their squads and finalise their best combinations.
"There's always been a good competition between South Africa and Australia in terms of cricket, but there is that hint of World Cup preparation," he said.
"As well as two great teams competing against each other I think this is going to be one of the best chances (for the teams) to look at their World Cup preparation."
For Ngidi, playing for South Africa on the world stage instils in him a great sense of pride.
"There's a few million there that would love to be in the position that I'm in," the fast bowler said. "I'm out here in Australia with the opportunity to represent them.
"So I'm flying the South African flag high and that makes me very proud as a cricketer and as a person."