The Big four claim 11 lives a day in Oman 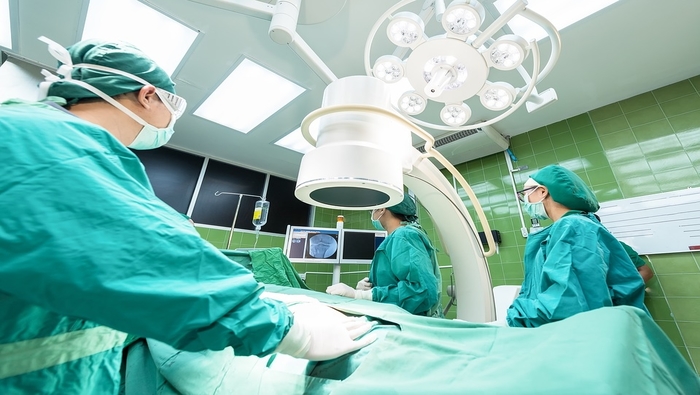 Dubbed the four killers, the alarming number of people who develop NCDs has caught the attention of the Ministry of Health, which is now planning to spent OMR 4.5 million on researching the causes and methods of prevention of these diseases, according to HE Dr Ali Al Hinai, Undersecretary for Planning Affairs at the Ministry of Health, who said, "70 per cent of deaths in the Sultanate are because of the four big killer NCDs, counting at 11 deaths in the Sultanate per day."

According to her, fewer Omanis die from chronic respiratory illnesses than those recorded by the global rates. However, far more Omanis die of diabetes at 12.3%, compared to the global percentage of four percent.

"36% of NCD deaths are cardiovascular, 9% are cancers, 8% are diabetes related, and 2% are chronic respiratory diseases in Oman," she added, quoting a WHO report where 70% per cent of diets in Oman are unhealthy, 40% are physically inactive, 14.7% overuse tobacco, and 1.6% use alcohol.

The MoH has partnered up with The Research Council in order to tackle this number of deaths.

Today, they announced a new research programme which would work to research the data necessary to make tackling the issue easier for the Ministry of Health, which has pledged to lower the number of deaths by 25% by the year 2025.

Al Mawali added that the budget costs for analysing and researching NCDs will total "OMR4.5 Million, according to studies between The Research Council and the MOH steering committee."

According to Dr Hilal al Hinai, Secretary General of The Research Council, previous collaborations with MoH in this regard have been successful.

He said, "During the past five years, our contributions to the MoH have been related to traffic accidents, and we have seen that the data has been useful in reducing deaths in that manner.

Because of this, our current five-year plan will focus on NCDs."

He added, “We hope these strategic research programs will not only support research but also establish a comprehensive research ecology that may develop within the four or five years of the program into establishing a specialised research center in this area.”

The budget will be divided into an Action Area budget of OMR3.7 Million and running costs of OMR800,000. Most of the money will be placed into NCD research conduction and research building capacities, ensuring that more money is placed into research and improving research than other factors.

This proposed budget was revealed during the Non Communicable Disease Strategic Research Programme Workshop, which opened under the auspices of His Excellency Mohammed Saif al Hosni, Undersecretary of Health Affairs.

The workshop was run by the MoH and The Research Council, and featured guests from Germany and the United Kingdom who came to share their experiences.

According to MoH undersecretary Ali al Hinai, it is only by cooperating with The Research Council that the MoH will be able to combat these NCDs effectively.

Dr A Basheer, senior doctor of internal medicine and diabetology at Badr Al Sama'a hospital added that diabetes was the number one NCD with which people came to him, closely followed by hypertension.

"The modern lifestyle is a gift, but it is also a curse, because our dietary habits have changed," he told Times of Oman.

"People today have access to a lot of different kinds of food that they couldn't get before. Today's generation is more conscious, but they also get things very easily. For example, we drive almost everywhere these days, because having a car has become commonplace. But instead of parking your car right next to the office, maybe it is better to go park it a bit far away and then go walking to your office. A lot of people will advise you to go to the gym or go for a walk, but it is best to do the exercise that feels comfortable for you, because otherwise you will not want to do it.

"The second part of that is the diet," he added. "You must not only make a proper diet plan, but you must also stick to it. For example, if during the mid-morning you want to eat a snack while you are in your office, don't eat a biscuit, because that will contain a lot of sugar. Instead, eat some fruits or a salad, basically something that fills you up but does not cause you harm. You need to take the time out to do this. A lot of people today say that they don't have the time to maintain themselves properly, but health is the number one priority. You need to take some time out to plan it properly, and once you have that plan, you will see that it is not so hard to follow."