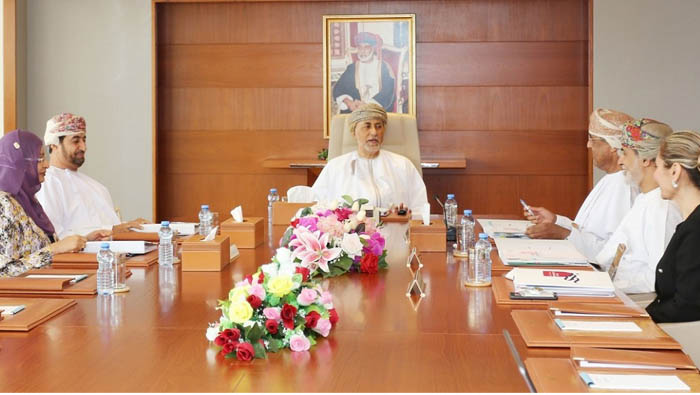 Muscat: The Higher Committee of the University City Project (Oman University, the Science and Technology City) yesterday held its second meeting for 2018 at Oman University Project Office under the chair of His Highness Sayyid Shihab bin Tariq Al Said, Advisor to His Majesty the Sultan, Chairman of the Higher Committee.
An overview was given during the meeting on the latest developments in the project, which includes a review of developments and stage achievements.
The committee also reviewed a follow-up of its recommendations and decisions made at its previous meetings.
The committee reviewed a report of the visit of the University of Berkeley (ranked fifth in the world according to Shanghai Ranking 2017) for the project office and the latest strategic partnership between them.
The committee discussed the details of the proposal for the establishment of a high-level integrated innovation centre with the support of the University of Berkeley to attract high-level institutions to adopt the establishment of starts up in the Sultanate and provide its staff with knowledge and training and keep abreast of the changes taking place in the world today, in addition to the requirements of the era of the Fourth Industrial Revolution and artificial intelligence.
The centre, once established, includes Imtiaz centre that functions as a business accelerator for energy projects and a lifelong learning centre.
It focuses on capacity building by organising short courses for CEOs and middle managements, providing them with 21st century skills, critical thinking skills, entrepreneurship and innovation, in addition to capacity building for master and doctorate stages to address the challenges faced by various entities in the Sultanate and providing advisory services by studying their own needs and their relevance to contemporary issues, providing the necessary advice, analysing these issues, finding suitable solutions, and working side by side with the specialists in the Sultanate.
The centre will be a window of Berkeley University in the Sultanate and the Middle East, and a reference to the Sultanate of Oman at the University and Silicon Valley.
The centre’s outputs from graduate studies will represent academic assets that can later join Oman University and teach or supervise its scientific research.
Financing and investment
The committee also discussed the financing and investment options for the implementation stage of the University City Project (Oman University, the Science and Technology City), the cooperation with the Oman Investment Fund and the detailed steps agreed upon in this regard.
Further, the committee reviewed the developments reached by the masterplan of the University City Project (Oman University, the Science and Technology City) and the latest updates provided by the consulting company about what was accomplished in the plan and the final details of the main design of the project.
The meeting was attended by members of the committee.