Oman rains: Our hero dies in line of duty 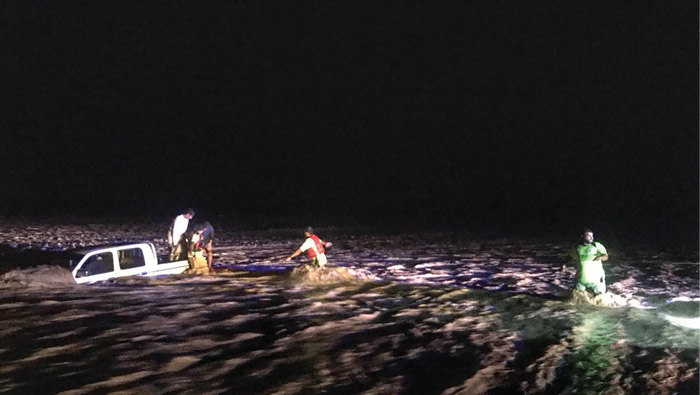 Muscat: An official from the Public Authority for Civil Defence and Ambulance (PACDA) lost his life in the Wilayat of Sohar while performing his duty on Sunday, authorities announced.
“The Public Authority for Civil Defence and Ambulance mourns the death of one of its employees. He died in the line of duty in North Al Batinah Governorate in the Wilayat of Sohar,” according to a statement by PACDA.
“We ask God Almighty to protect the deceased in his mercy. All members of the Commission extend their sincere condolences to the family of the deceased and pray to God to give them patience and solace.” PACDA added.
An official from PACDA noted, “Since the beginning of the recent weather event on the 26th until noon of the 29th October, PACDA has responded to 52 reports. Eleven of these were cases of residents being stranded in wadis by the water. There were also 8 counts of fires, 29 cases that required ambulance interventions, and 4 miscellaneous cases.”
On October 28, two people were rescued from a wadi in Al Batinah Governorate.
In Muscat, at least five persons were rescued following various incidents, including one in al Hamriya and another in Al Khuwair.
During one rescue on October 28, a video showed a water rescue vehicle in Sohar being swept away by water. In this case, PACDA said, “PACDA confirms that the citizen, as well as their employees, are safe and in good condition.” As for the remainder of the week, the Public Authority of Civil Aviation (PACA) announced that the northern governorates of the Sultanate are expected to have chances of rain, hail, and thunder on October 29 and October 30.
A statement by PACA yesterday noted, “Weather for the 29th should be clear to partially cloudy over the northern governorates, with chances of various degrees of occasional thunder showers and hail. The rest of the governorates are expected to generally see clear skies. Southeastern light winds should be expected across the sultanate.”
These predictions remain unchanged for 30th October. On the 1st of November, however, the predictions are for clear skies and occasional rains, as well as the formation of mist at night and early morning over coastal areas